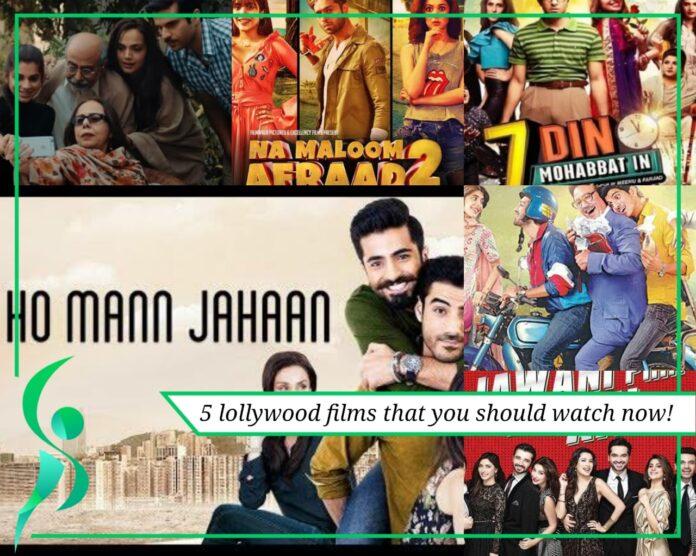 In the past decade, Lollywood film lovers struggled to find a good watch. But, the past five years have proved to beneficial for the Lollywood film industry and its well-wishers. We have covered a list of Lollywood films, that are worth watching because of its unique plots and powerful illustration of characters by the actors.

5 Lollywood films that are worth watching

Actor in Law is on our top list of Lollywood films, because of its worth appraisal story. The story depicted in the film is unique where Fahad Mustufa portrays a character of an upcoming lawyer, who also aspires to become an actor, which is disapproved by his father.

In twist and turn of events, he fights for a case that shakes the foundation of his country and threatens his career and family. Other than Mustufa, the film also stars Bollywood veteran actor Late Om Puri ( Fahad Mustafa’s father) and Mehwish Hayat ( lady love of our hero). The film was released in the year 2016, rated 7.7-star on IMDb. The comedy-drama was directed by Nabeel Qureshi and produced by Fizza Ali.5 Lollywood films worth watching for!

Jawani Phir Nahi Ani 2 was the sequel of JPNA (2015), which starred a star cast including Humayun Saeed, Kubra Khan, Mawra Hocane, Fahad Mustafa, Ahmed Ali Butt, Vasya Chaudhary, Sarwat Gillani, and others. It was the highest grosser of the year 2018, due to its on time comedy and anticipated twist which kept the audience hooked to the screen.5 Lollywood films worth watching for!

The madcap entertainer was directed by maestro Nadeem Baig,penned down by Vasay Chaudhry and produced under ARY Digital.

Waar was entitled to acknowledge the efforts of Pakistani forces in the fight against terrorism. It perfectly depicts the feelings of officers and their respective families. The plot also sheds light on a retired Pakistani officer, who returned to the army to turn down the horrible acts of terrorism.5 Lollywood films worth watching for!

The film was released in the year 2013 and starred Shaan Shahid, Hamza Abbasi, Ayesha Khan, Shamoon Abbasi, and others in the lead role. The film was directed by Bilal Lashari and was rated 7.9-star on IMDb.

The Lollywood film Motorcycle girl features Sohai Ali Abro in the lead role. Adnan Sarwar’s film was a tribute to a girl Zenith Irfan, who completed her father’s life long dream to travel Pakistan on a bike. This film proved to be a valuable addition to the Lollywood industry.

The acting of Sohai Ali Abro was worth watching, which left the audience teary-eyed. It was a small budget film, which proved to be a great success for Sarwar. It was released in 2018, rated 7-star on IMDb.

Yet another feature of Fahad Mustafa and Mehwish Hayat, which made up to our list of Lollywood films is Load Wedding. The film released in the year 2018, is a social comedy film. The film shows a young man who gets married early than her sister, who left his sister jealous and furious.

The film took a hilarious take on social issues, which was loved by the audience. It also gives a message on dowry. It was penned and produced by the powerful duo, Nabeel Qureshi and Fizza Ali. The film didn’t get enough number of screens, but still rated as 7.4-star on IMDb.Load wedding Lollywood

Well, we have our list ready of Lollywood films which are worth watching. Let us know if you have watched these films or not, and what is your take on these movies.