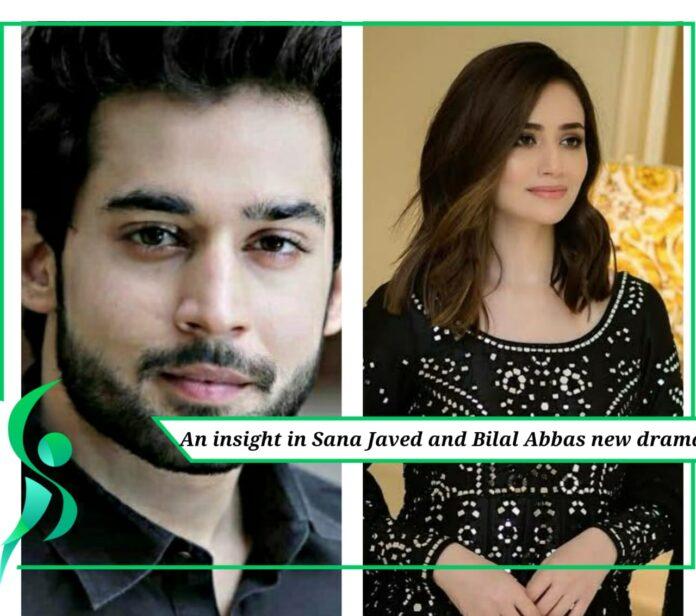 The exciting duo, Sana Javed and Bilal Abbas have been paired for an upcoming serial titled Dunk.

After the huge success of Ruswai, Sana Javed is all ready to roll in a new drama serial named Dunk sharing screen with the talented Bilal Abbas. Earlier in April, Fahad Mustufa announced the serial sharing a picture with the lead actress.

The serial is produced under the banner of Big Bang Entertainment, directed by Badar Mehmood and written by Mohsin Ali. Reportedly the couple will also be joined by veteran actor Noman Ijaz and Azekah Danial.

The director’s much-acclaimed drama Cheekh was a massive hit and now the plot of the upcoming feature will be a murder mystery. The actress Sana Javed has assured that the storyline is not the same as Cheekh and once again she will be seen in a strong character.

The shooting was scheduled to be started from April but due to the corona virus pandemic, it has gone on the floors from the month of June. The actress has shared a sneak peek in her recent Instagram post, revealing the name of characters Haider and Amal.

The director has also shared a picture with the much acclaimed duo.

Bilal Abbas has previously worked with Badar Mehmood and Fahad Mustafa in serial Cheekh. The couple is now coming together for the first time.

The release date of the serial has not been announced yet.

We are excited to watch these two in Dunk, Are You ?