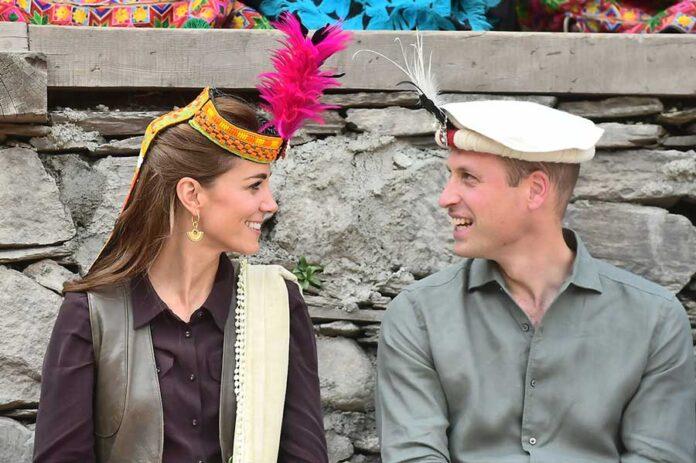 The five days royal tour of Prince Willian and Kate Middletan catch the whole attention of Pakistan. The arrival of Duke and Duchess in Islamabad’s Air Force Base marked the begining of their first day.

They schedule their five day tour in accordance to show the Generous-Pakistan. Besides the offiicial gathering they visit hospital, mosque, hills, government schools and local areas of Pakistan. Show-case Pakistani brands to the world and portray the elegancy of Pakistani culture.

Despite their vital sense of fashion in special reception at Pakistan Monumental. The Duke And Duchess gave highly bizzare hot topics to discussed by arriving in a splashy colorful motorized rikshaw which adds some extra glamour.

The second day of trip spended in visiting different schools and Islamabad Model College. They visit a government run school where they engaged in a discussion with teenagers about their aspiring dreams. the duke and duchess also share their memories from childhood. They show their willingness for promoting the girls education all around the world.

Their visit proceed with visiting Shaukat Khanum Memorial Cancer Hospital where they visit patients undergoing treatment and talk to their families. They also joined a toy tea party with Wafia Rehmani from Afghanistan, suffering from kidney tumour. Kate and Wafia were twinnig a toy tiara and talk about Wafia’s dream to become a doctor.

The third day marked by mounting to the hills of north of Pakistan where they shown the effect of climate change in Chiatibo Glacier and provide some rescue techniques to the public of Kalash valley.

It was observed that William and Kate was gifted with traditional caps which reminds the Diana visit in 1996 where Diana was found wearing same hat.

While in Lahore during the visit Badshahi Mosque they shown historical ties with Diana.

They also shown their immense talent in sport at Cricket Academy ground. Kate tide her hairs up for cricket with uncontrolable giggles and Williams sixes. she looked classy in white shalwar kameez by another Pakistani brand Gul Ahmed and a shawl by Maheen Khan.

The tour is packed with security under military control and about to end on Friday. Their presence marked the growing relationship of Pakistan with British. The country is looking-forward to strengthen the international relationships.