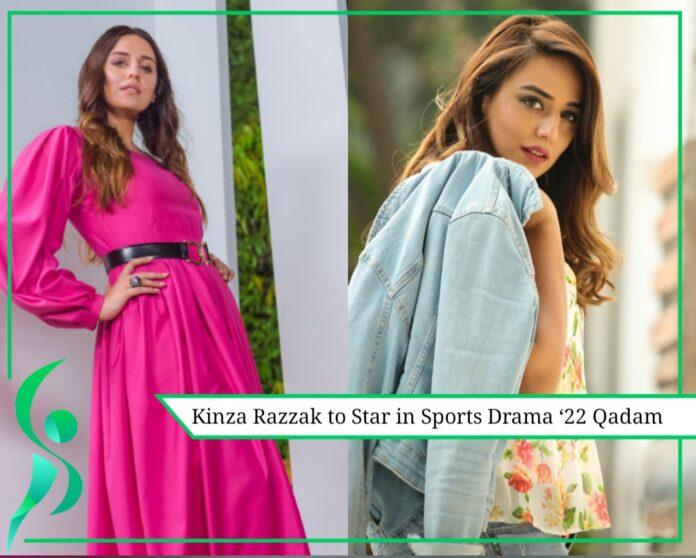 The rising young actress Kinza Razzak who has made her mark on the small screen in a short period of time is coming back on our screens in an exciting sports drama ‘22 Qadam’ soon.

Kinza Razzak has proved her mettle with distinct roles in several television serials, telefilms, and advertisements. This time, the young actress will be seen in a completely different avatar in the sports drama. Details for the serial have not yet been revealed, though the drama is on the floor and is expected to release soon.

The young actress was last seen on the screens in the hit drama serial Log Kya Kahain Ge alongside Faisal Qureshi and the critically acclaimed web series Ek Jhooti Love Story with Bilal Abbas Khan. She has been gracing our screens in challenging roles since 2017 and has a knack for choosing her projects wisely. This time, the actress is once again ready to star in a project that sounds like a completely unique story.