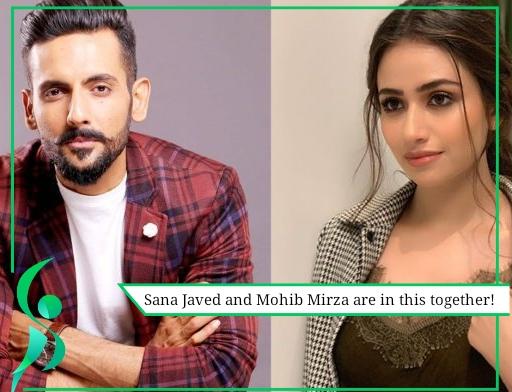 This time something new is coming up for Pakistani drama lovers as Mohib Mirza and Sana Javed pair up for the drama serial “Neeli Zinda hai” it’s not only the stars that you’ll see together for the first time ever on the screen, but the genre of the drama is also something the audience has witnessed very few times in Pakistani dramas.

“Neeli Zinda Hai” is based on a horror story overflowing with suspense and thrill; the Pakistani audience is already bored with constant genre drama serials coming up back to back, whereas this drama is something the audience has not seen in decades. The story is the brainchild of renowned writer Adeel Razzaq. It is recorded under the direction of Qasim Ali Mureed, Neeli Zinda Hai, is expected to become the all-time favorite of the Pakistani drama audience.

This drama serial will soon be airing on ARY digital, and it is produced by Six Sigma Productions. The channel’s vice president has said, “Neeli Zinda Hai is a scary-horror-thrilling-suspense filled drama. Well, there is an expected shock instead of the supernatural. It is exciting news, and this project is a challenge for us too.” (Irfan Malik, vice-president, ARY Films)

“Neeli Zinda hai” Sana Javed & Mohib Mirza are in this together!

The cherry-on-top for this drama series is the combination of Sana Javed and Mohib Mirza. Both stars are already loved for their outstanding performances. As they have paired up for this serial for the first time, the audience is already crazy about it. Undoubtedly, Neeli Zinda hai is a long-awaited drama serial, and the audiences are eagerly waiting for its release.

Stay tuned on ShowbizPakistan.pk for more!