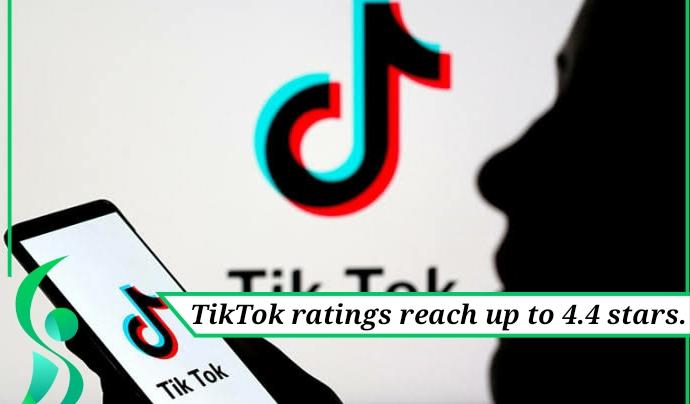 TikTok rating bumps up to 4.4 stars on Playstore as Google deletes around 8milllion negative comments.

TikTok is a Chinese based social networking site/application used for video sharing owned by ByteDance. It is used to bring lip-syncing, comedy, talent and, challenge videos all over the planet. It was first introduced to the Chinese market in 2016 but it was brought to the world market in 2017.

In the United States, it was available in 2018 after merging with musical.ly. The application allows creating a lip-syncing video from 3-15 seconds and short-looping videos for up to 3-60 seconds. The offices of the popular app are located globally including NewYork, Los Angles, Berlin, Dubai, Mumbai, Singapore, Paris, London, Jakarta, Seoul, and Tokyo.

The application is popular all over the world but major regions included are SouthAsia, SouthEast Asia, Tokyo, United States, East Asia, etc. After merging with musical.ly application it rises to fame in the United Staes in the year 2018. In 2019 the global media considered it the most downloaded app in the decade(since 2010-2019). It was also cited as the most downloaded app on Playstore in 2018-2019.

The popular app has received a lot of hate in recent times. A creator Amir Siddiqui recently uploaded a video claiming that popular TikTokers can bring more popularity to YouTube rather than its creators. In return Carry Minati posted a video bashing and roasting TikTokers which received more likes. The video was deleted due to violating terms of service.

This created a buzz in the world of social media and in order to support Carry, a lot of people started to upload negative reviews on the Playstore resulting in the app reaching 1.2-star ratings.

In the present day, Google has removed 8 million negative ratings resulting in moving up the ratings of TikTok. The rating is now 4.4 stars. When the application reached the 1.2 stars mark in the Google Play Store ratings, it had over 28 million ratings by registered users. Now, when the app is back at 4.4 stars, it has just around 20 million reviews. This clearly shows that the company has deleted over 8 million ratings.