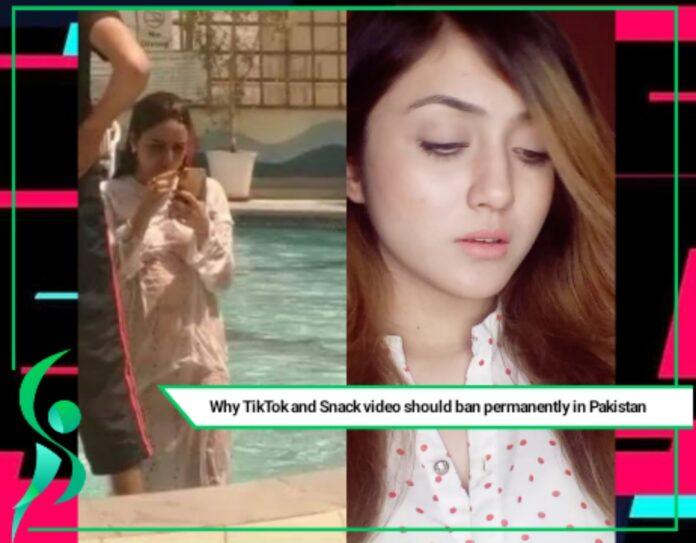 In our daily busy life, it’s become hard for people to get time for their recreation, entertainment and grab happiness from things that we have around us. Though on this planet earth, some sort people can found easily who enjoy their life with remarkable comfort, zeal, and make it adventurous as it could.

Initially, when television came, there were hardly a few channels that people could watch for entertaining purposes; gradually, the number of channels increased with the stander and fun stuff. After that, cable came, and it made more options for people to choose which things they wanted to watch.

Technology made improvements, and the internet spread with great speed that made everything accessible in just a click away. But, it’s not the end, then more improvements happened, and android and iPhones take over almost every part of man’s life. People now are depending on these mobile devices as everything is available on them.

Every person has a mobile phone, and now there are so many mobile features and apps available for entertaining purposes. Nowadays, the most trending and popular app that most people (it would be not unfair if we say that everyone) is using, yes! Your guess is correct! We are talking about the video-sharing app “TikTok” and snack video. So let’s have a detailed discussion on them!

What are TikTok and snack videos? Why people use them?

Tiktok is a video-sharing app used as a social media platform created by a Chinese name Zhang Yiming and initially released in September 2016. The primary purpose of making this app is to create various video content for entertainment purposes like dancing, comedy, and educating people.

It is available in 40 languages; ByteDance and Toutiao are developers of TikTok. It becomes famous worldwide, and people worldwide are using it and making people laugh, educate them, and get recognized by showing their talent by using this platform.

Snack video is similar to TikTok, and its founder is Su Hua, Cheng Yixiao. It is a short video-sharing app that has similar qualities as TikTok.

These apps are trending worldwide, and people are liking them and making their content for getting fame. Yes, it is correct. Now it’s not only entertaining and passing a suitable time mode, but people are also getting fame as their video goes viral, overnight they become stars.

Many people got fame by doing and providing good stuff to people that is undoubtedly entertaining and impressive with good quality content that an ordinary person can see with his family and friends. In Pakistan, it also becomes a famous app for entertainment purposes.

Some so many people are getting fame through this app. So first of all, we would like to mention here Janice Tessa.

She is a famous TikToker of Pakistan who is becoming a sensation with her golden beauty; as you can see, she is a brown color girl with stunning beauty and attractive features, including eyes. She is a 22-year-old girl who lives in Lahore.

She is a very talented girl. Janice Tessa has excellent acting skills and very decently plays every role with a positive attitude. With every passing day, her fan following is getting higher.

After this, the next TikTok and snack video maker we will discuss is Romaisa Khan.

She is a beautiful, talented 21-year-old Pakistani girl who became famous on TikTok, and she has a huge fan following on her TikTok and snack video account. People like to say her queen of expressions. She is a good actress. Romaisa started acting as a career in 2020, and she has done a drama serial that increases her fan following. She has also done photoshoots for different fashion brands.

She is studying at the Iqra University of Karachi. Her father was also work in the showbiz industry as a comedian.

Why was TikTok banned in Pakistan?

As everything has its positive and negative aspects, the same happened with TikTok. People use this social platform to share good content, skills, and talent; on the other hand, some people also misuse it by sharing cheap and vulgar content with the public.

There are so many TikTok account users who are using vulgar language and immoral activities. Due to this, the people of Pakistan condemned this app and asked Government to ban this source of spreading immoral, improper, and unethical content.

Due to so many scandals and unethical activities that are not acceptable in our Islamic country, the Government of Pakistan banned TikTok. But from tiktokers, there is an excellent reaction for unbanning it. Though after some days, TikTok got unbanned by the government authorities.

There are so many scandals we have to see day by day related to TikTok stars. Here we are going to mention one of the scandals. This scandal is about Aiman Zaman and Mujtba Lakhani. 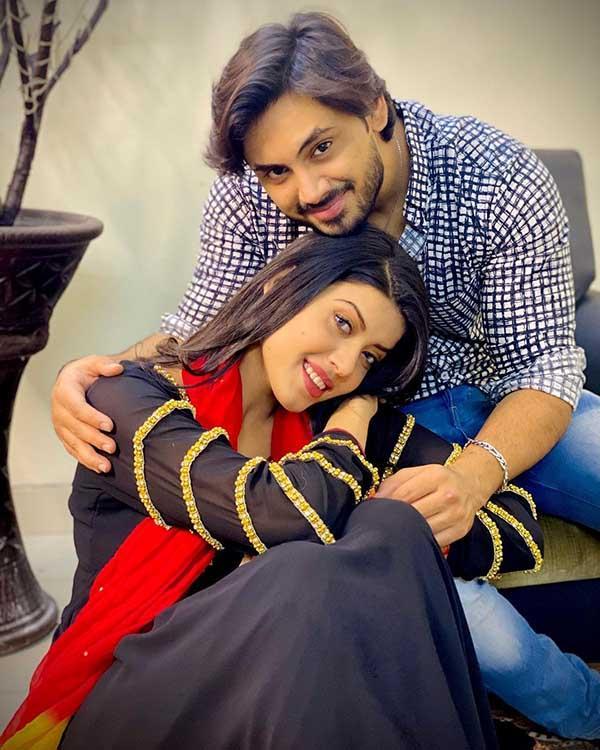 Aiman Zaman is an actress and a TikTok star having a huge fan following, on the other hand, Mujtaba Lakhani is also a tiktoker; he is about to reach 5 million followers. Both TikTok stars are in a relationship for more than six years, as they mentioned in an interview hosted by Nida Yasir in a tv show.

They are planning to get married, but still, they are not even doing engagement. A video got viral a few months ago; in this video, the shameful act was questionable and scandalous, but in reacting to this leaked video, Aiman said the girl in this video is not she; the girl had a facial resemblance not she is not. This couple also shared a video explaining that everything is clear now. Aiman also shares some words that areas: 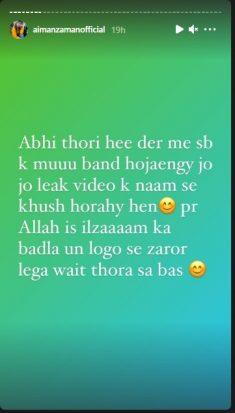 A video song, “pain,” is released; in this song, we can see their chemistry playing a leading role in this video. 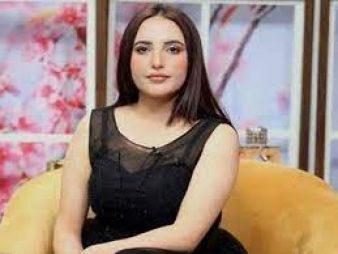 She is also a tiktoker; she uses different tantrums to get fame. She is famous for creating controversial content. She has so many leaked videos in which people can see her doing unethical and shameful acts.

She has scandals with Kashif Zameer, a tiktoker; with him, she shares a video. In this video, Kashif is kissing Hareem. After this video getting viral, Kashif said to the media that Hareem said to him to do it and make a video with me.

She also famous for spreading vulgarity; her purpose is to stay in the news and public eye no matter what makes her prominent in which sense. Recently she shared a pic on her social media handle a man’s hand with a female hand wearing a diamond ring. 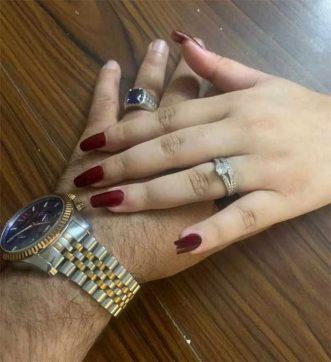 Related to this pic she said, she got married to a famous politician and will disclose his name after their honeymoon trip, but later, when the truth reveals, it comes to know that this female hand was not Hareem’s hand and she didn’t get married.

The pics which she shared wearing a bridal dress were for a photoshoot, not her wedding.

Sahiba Bukhari is a TikTok and snack video star. She has a good number of fans on her TikTok account, she mostly made a couple of videos with Wajid Shani, but later on, they got knotted in the marriage relation. Now they are husband and wife, which is a good thing because we are Muslims and live in a Muslim country. Our religion and society do not allow girls and boys to leave together and touch each other without a relationship.

Her videos with Alex bhatti was also leaked.

Pros and cons of TikTok and Snack video

Pros of TikTok and snack video

These apps are social media platforms and video-sharing apps that we can quickly and use. You have to install these apps on your mobile phone and make your account, and here you will enter another world. You need to have internet access on your smartphone for using them.

These applications also prove informational platforms because there are so many decent content creators who share informative and educational content with people. You can see doctors, lawyers, Islamic scholars, chefs, body fitness trainers, and Naat Khawan are also part of this community.

They all are creating informative content related to their specific fields to people aware and educate people.

These are entertaining apps that people are using for entertainment purposes. Many tiktokers and snack video makers are making funny videos, and their stander and quality of content are good enough. Their entertainment stuff people can see with their family. They create family content.

Muneeb and Fiza Muneeb are husband and wife; sunny, Danial Ahmed, Asad Ali, Noor Hassan are some of them; there are so many other tiktokers and snack video makers who provide quality content.

These apps motivate people to show their talent as they provide a platform where they can easily reach the public and become famous based on their talent.

Cons of TikTok and snack video

• No rules and regulation

People can easily misuse TikTok, and they can do whatever they want to do in front of the public because there is no specific guideline mention in the privacy and regulation section for the content creator.

No restrictions are there for preventing hateful, vulgar, and obscene content to publish. Everyone can capture anything that means anything that they want, and no one can stop them by doing so.

Though snack videos came with some restrictions and maintained some not enough rules, that is the biggest con of both applications. When something has no proper check and balance rule and policy, this con can easily overcome its pros.

So, it’s better to put some strict rules and regulations regarding content creation so that everything runs smoothly and the problem of banning these apps is solved in a friendly way that is useful for our society and youth. 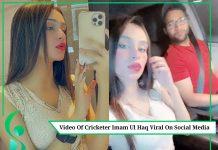 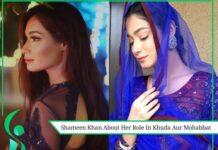 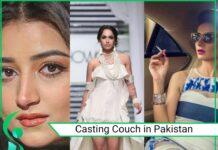