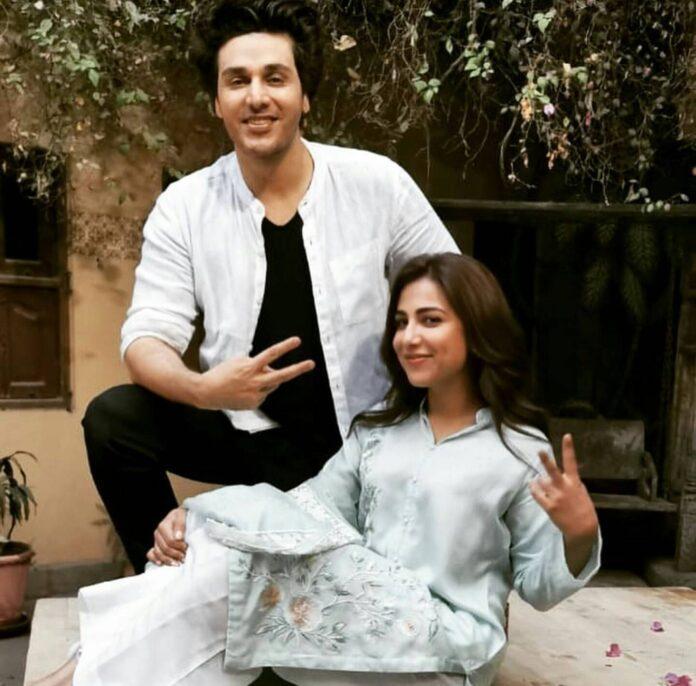 Our entertainment industry is all set to bring us some super hit dramas with great actors and some very interesting duos. This time, the heartthrob Ahsan Khan, currently playing his role in ‘Alif’, and the stunning ‘Balaa’ actress, Ushna Shah, will be seen together for the very first time.

“Bandhay Aik Dor Se” is a drama serial directed by Ali Faizan and scripted by Faiza Iftikhar who has previously blessed us with great scripts like ‘Dil Lagi’. It will be produced by Abdullah Kadwani and Asad Qureshi under the production house of 7th Sky Entertainment.

Talking about his role and the story line, Ahsan revealed, “I play the character of Umer. It’s a family story, a very basic family unit and their issues and also an emotional love story but on a lighter side, nothing too intense or hardcore; it’s just a very entertaining and enjoyable play.”

Ushan Shah, when interviewed, said, “I am playing the female lead Maheen, and Ahsan will be playing Umer, the male lead alongside me. It’s a love triangle with Hina Altaf playing a negative role.”

Other than this lead cast, Samina Ahmed, Saba Hamid, Saba Faisal, Noor Hassan, Qawi Khan, Kamran Jilani, Madiha Rizvi, and Saima Qureshi will also be seen in this drama serial. It will be aired next year and the fans are anxiously waiting to watch it!