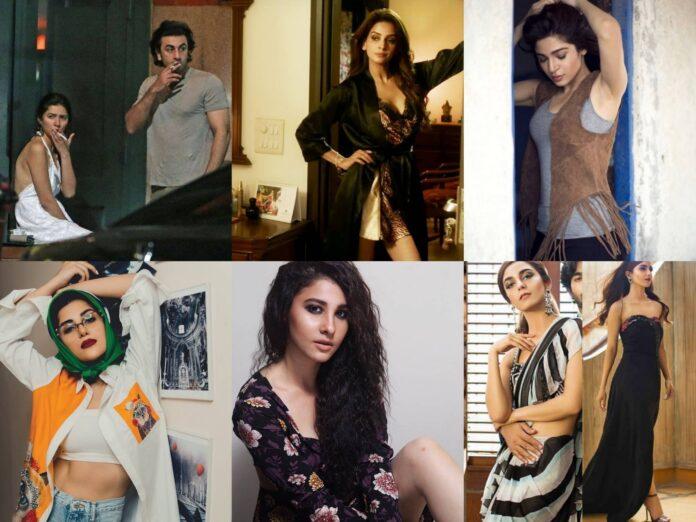 Several Pakistani actresses did Bold Photo shoots. Some opted for bold looks because of the latest fashion trends while some did because of Photo shoot ‘s demand.

Here are some Pakistani celebrities did bold photo shoots or have recently been seen in bold dresses.

On contrary to her girl next door image and bubbly nature, Pakistani drama actress Hina Altaf did ‘bold’ photo shoot and Not everyone welcomed this change in Hina’s personality and career.

Sohai ali abro is a famous Pakistani actress, dancer and model. She is well-known for her great item numbers and bold looks.Sohai did bold photo shoots many times. While we are sharing with you top 2 Bold photo shoots of her

Ayesha Omer is a Pakistani actress, model, singer and painter. She is known for her role  in Bulbulay as Khoobsurat. Ayesha omer never thought what people would say about her. She did what she love to do.From her controversial bikini’s photos with her best friend Maria wasti to a Photo shoots, She’s always been in spotlight.

Few bold photos of her

Saba Qamar is one of the most talented actors of Pakistani drama and film industry. Saba Qamar is not afraid to be bold in photo shoots. Saba never leaves a chance to shock people. So many times she almost made people faint! No? Don’t lie.Check out her bold photos.

Maya Ali is one of the best Pakistani actress.She worked in many famous drama serials. After so much success in drama industry, she took a huge step by becoming a member of film industry as well.After entering in Pakistani film Industry, we have seen her in bold avatar usually.

Mahira Khan is one of most famous Pakistani actress. Khan is best known for portraying the role of Khirad Ehsan in Momina Duraid’s Humsafar.

Her seductive photos in western outfits circulated on social media that offended many people.

Mahira Khan even confronted a torrent of abuse and spiteful comments after her private pictures of smoking a cigarette with Indian actor Ranbir Kapoor in the USA went viral on social media.

But Khan never looked back and that’s why she’s one of highest paid actress of Pakistan & Most Loved actress as well.

We’d love to hear what you think of this. Let us know in comments section or at feedback@showbizpakistan.pk