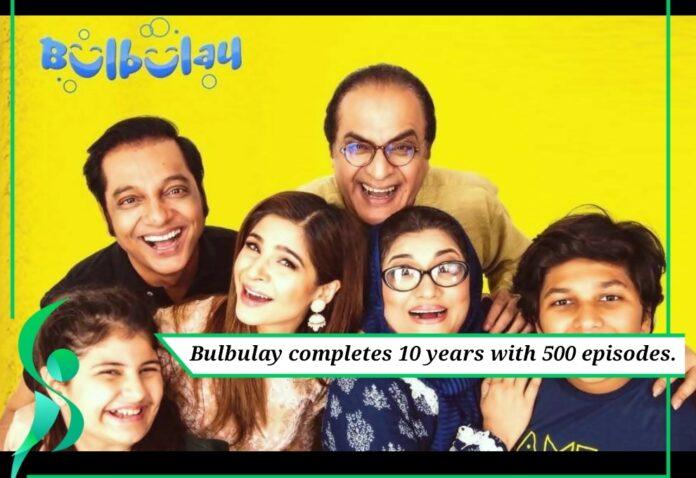 The popular sitcom Bulbulay completes 10 years of its streaming with 500 episodes on ARY Digital.

The comedy drama Bulbulay was first aired in the year 2009, starring Nabeel, Ayesha Omar,Mehmood Aslam, Hina Dilpazeer and others in lead roles.

The plot revolves around the character Nabeel who is disowned by his father marries Khoobsurat ( Ayesha Omar) in twist and turns of event. They lived in an apartment shared with Mehmood who then marries Mumtaz popularly known as Momo.

The drama was the talk of the town after the introduction of Mumtaz (Momo). Till date she is loved by every other person, making this serial a huge sucess.

The comedy drama Bulbulay has already achieved the highest TRP for any Pakistani comedy drama and now completed their 500+ episodes. The news was shared by the lead character Khoobsurat who congratulated her colleagues too on making a history.

A video was also released by the cast to celebrate the 10 year mark.

The drama has achieved an IMDb rating of 7.8 and currently aired in different countries. Directed by Rana Rizwan the show has also completed its two seasons.

We congratulate the team of Bulbulay on its huge success. Tell us your favorite character from the sitcom in the comments.