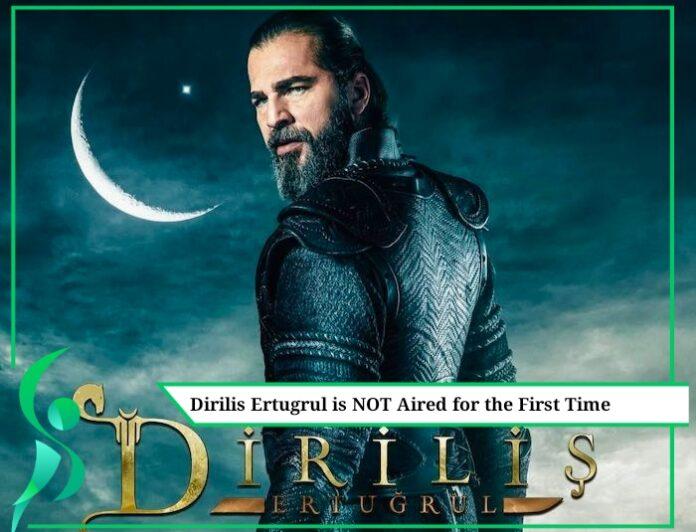 Do You Know This Is Not The First Time ‘Diriliş Ertuğrul’ Is Airing In Pakistan?

Well, that was unpredictable! This is something we did not see coming!

Do you know that our favorite Turkish drama serial Diriliş Ertuğrul is not being telecast for the first time in Pakistan?

A recent Tweet shared that the serial was dubbed in Urdu before too and was telecast on Hum Sitaray, that too five years before.

In a recent interview, a representative of Hum TV verified the case. He said that the first season of theDiriliş Ertuğrul series aired back in 2015 in Pakistan.

“Hum TV bought the rights of the serial and dubbed it in Urdu. However, the show did not succeed to catch the attention of the audiences, and therefore it was dropped after the first season”, he stated.

“While the show was top-rated in Turkey, when it was aired in December 2014, it was not until it was aired on Netflix in April 2017 that it gained international acclaim. As for Pakistan, the show was thrust into the spotlight after Prime Minister Imran Khan suggested it and advised the youth to watch it”, he added.

The show has managed to top the rating charts in the month of Ramzan. In an exclusive interview with The Current, Senator PTI Senator Faisal Javed Khan said that Turkish President Recep Tayyip Erdoğan ‘gifted’ the drama series to Pakistan as a goodwill indication.