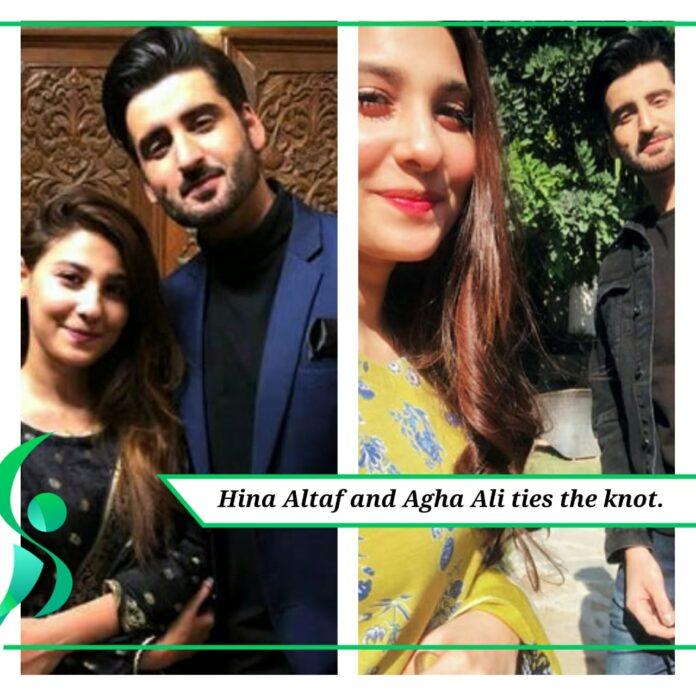 Hina Altaf and Agha Ali were seen together in a drama Dil-e-Gumshuda, aired on Geo TV last year. The rumor mills started doing the rounds but the two always denied it.

Hina Altaf was a former VJ, known for her role in Udaari and Agha Ali is a singer, actor popularly known for his role in Band Khirkiyan.
The rumors of the two seeing each other were doing rounds for quite a while time when they appeared in a drama serial on Geo TV but the actors always denied it stating that they are just good friends.

Agha Ali made Hina’s birthday special by throwing a surprise and later the 28-year-old actress was seen supporting the newly singing sensation in an event. Following the rumors, Agha Ali stated:

“Hina is a fantastic girl. I like her, I like the person she is and I love that person. That’s all I know. And I spend very healthy time with her.” he said.
“We laugh a lot, sometimes we play video games, we went on an event together and our drama was successful so we are just good friends”. Agha further added.

Earlier today, a picture was circulated on social media after which the actors took their social media accounts to share the news with their fans and loved ones.

They both tied the knot in an intimate ceremony, in the presence of their family and friends on the account of Jumat-ul-Wida.

As soon as the news broke out, celebs and their fans express their happiness and joy. 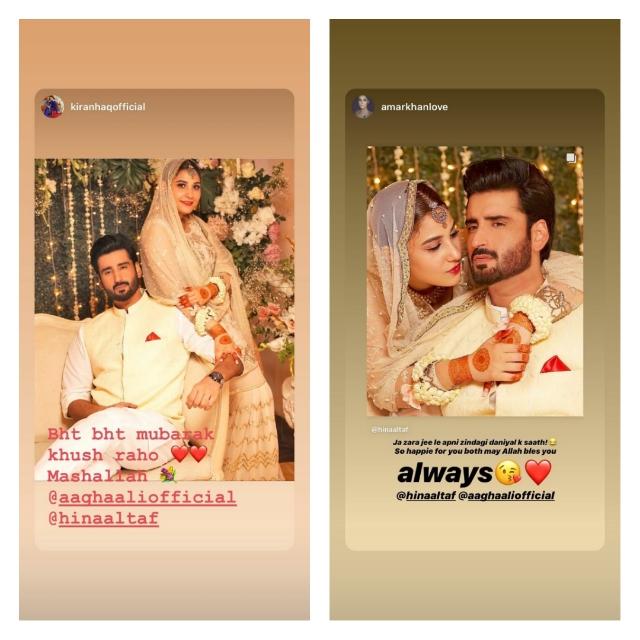 Team Showbiz Pakistan wishes the couple for a bright future ahead. What are your thoughts, share in the comments below.