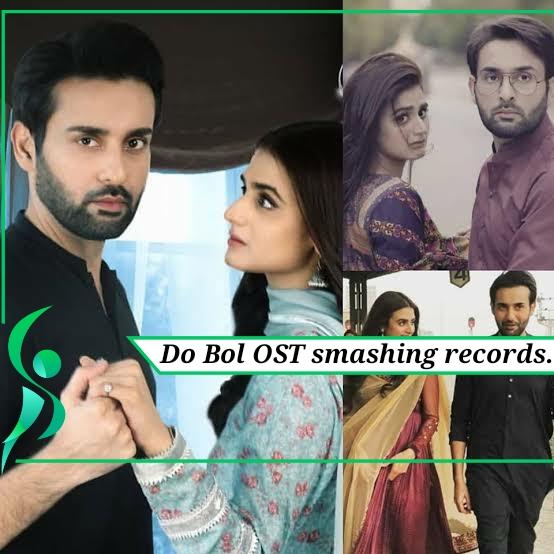 The drama serial Do Bol was aired from ARY, starring the much-loved couple Hira Mani and Affan Waheed. The story of the drama was critically appraised and the song was also quite popular among the viewers.

Written by Sarwat Nazir and directed by Wajahat Rauf, the final episode of the drama was streamed in May 2019. The drama was a romantic thriller where two people are destined to be together due to unavoidable circumstances.

Geeti (Hira Mani) was a beautiful girl who belongs to a rich family whereas Badr (Affan Waheed) was a middle-class guy who helped Geetis father in his work. Sameer ( Haroon Rashid) is a rich and charming who is seeing Geeti. Badr loves Geeti secretly and a twist of fate unites them but Geeti swears to never accept it.

Every episode of the drama was on trending and now the official song has made a history by hitting 100 m views on You Tube. The song Ja Tuje Maaf Kiya was sung by Nabeel Shaukat and Aima Baig. The lyrics of the popular song was penned by Naveed Naushad & Imran Raza and composed by Harris Shahryar.

The historical news was shared by the leading actors because it was the first OST of a drama to reach 100 million views.