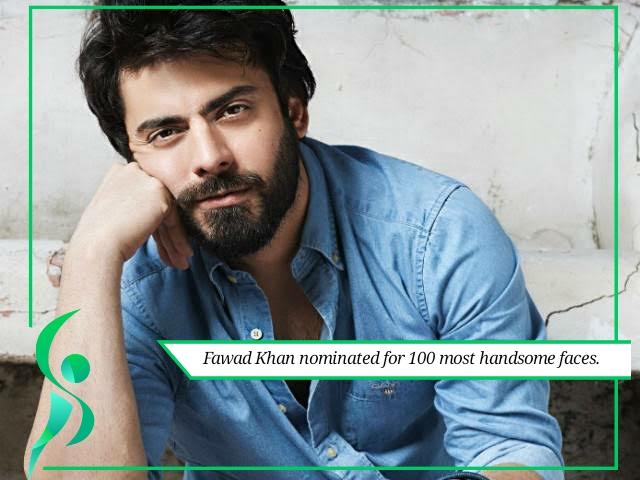 The heartthrob of our nation, Fawad Khan has been nominated for 100 most handsome faces for the year 2020 in the TC candlers list.

Fawad Khan is an international star who has several awards under his belt including Filmfare Awards, Lux Style awards, and Hum Awards. The superstar began his career from television but he was also a lead vocalist of Rockstar band Entity Paradigm.

Khan made his film debut with Khuda K Liye, the highest-grossing film of Pakistan. His first success on TV was the drama serial Dastaan alongside Sanam Baloch. Later he appeared in Humsafar and Zindagi Gulzar Hai for which he was appraised widely especially in India.

The superstar made his debut in Bollywood alongside Sonam Kapoor in film Khoobsurat for which he was awarded for Best Filmfare debut in Filmfare Awards. Later he was praised for his role of homosexual in the family drama Kapoor and Sons. He was last seen in Ae Dil Hai Mushkil alongside Ranbir Kapoor and Anushka Sharma.

The International Icon of our nation is described by South Asian media as the most attractive man. He is praised for his looks in both the neighboring countries. The British magazine Eastern Eye ranked Khan seventh in 2014 and sixth from 2015 to 2018 on its annual list of sexiest Asian men.

The TC Candler is an independent critics list who also nominated the star in the year 2017. In the year 2020, he is nominated alongside Zayn Malik, David Beckham, Varun Dhawan, Charles Leclerc, Sebastian Yatra, Matt Boomer, Brooklyn Beckham, etc.

The actor will be seen in film Maula Jatt besides Mahira Khan. Offer your thoughts about his looks in the comments below.