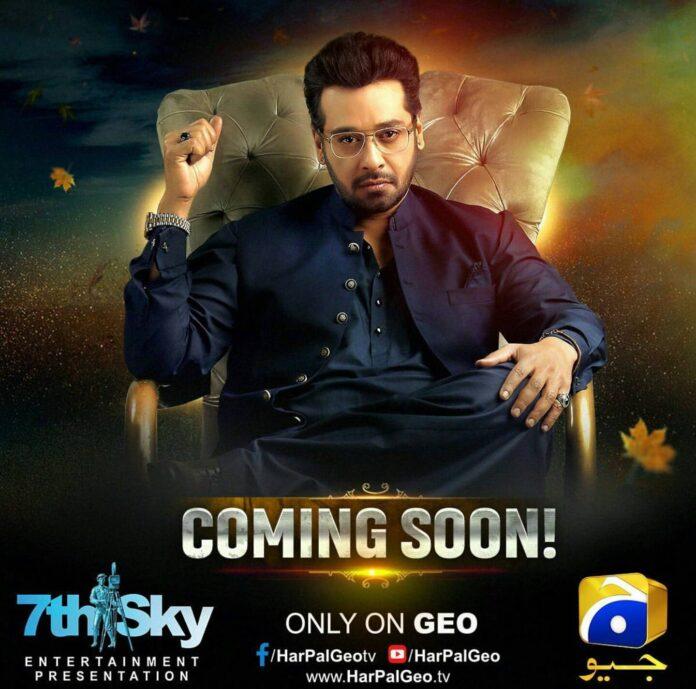 The most versatile, talented and handsome actor of Pakistan Faysal Quraishi is appearing in Geo Tv’s serial upcoming project.

The title of the drama is not yet revealed but the teaser hints that this serial is about power and hatred. Faysal Qureshi is playing a negative role and the lead actress role is played by Madiha Imam. Faysal is a powerful wealthy man who falls in love with Madiha and tries to forcefully make her his.

It is a brilliant presentation of 7th Sky Entertainment and produced by the dynamic duo of Abdullah Kadwani and Asad Qureshi. It will be coming soon on our television screens and people are eager to see how it turns out to be!

The censored scenes of Jalan, what does Aabis Raza have to say?