Home News Halime Sultan fed up with Pakistanis? Here is the Sad Truth 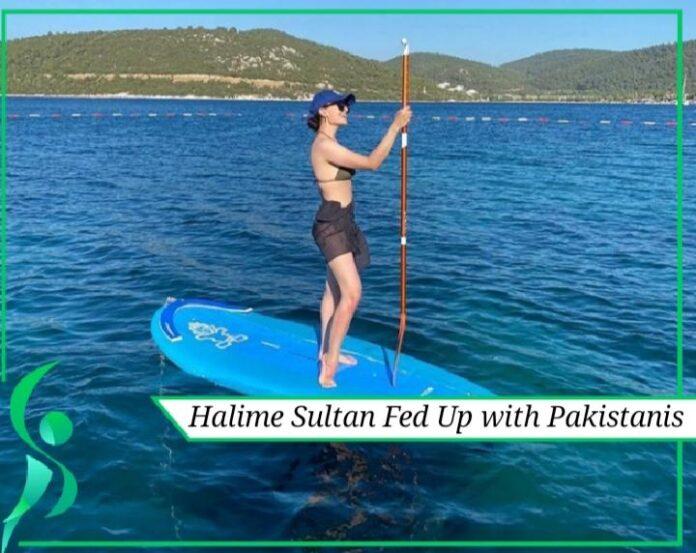 Esra Bilgic, who played the role of Halime Sultan in the Turkish drama Ertugrul, closed the option of comments on one of her bold pictures to avoid negative comments from Pakistanis.

Esra Bilgic has gained a lot of fan following in Pakistan since the Ertugrul drama series was presented in Pakistan. Pakistanis see her not as an actor but as Halime Sultan because of which if she shares even a little western picture of her personal life then Pakistanis fall for her.

To avoid negative comments on its Western-style photos, Isra Bilgic has now turned off the comments option on Instagram. She recently shared a picture of the sea in which she is seen in western clothes. She probably knew that Pakistanis would have to take a good class after this picture, so she finished the option for comments from this post.

On Isra Bilgic’s move, one person said, “Isra Beljik uploaded this picture of herself and closed the comments.”

Another said that poor Isra Bilgic had to stop commenting because of Pakistanis because Pakistanis would not leave her behind, and would definitely comment on her clothes and other things.

A Twitter user called Halime Sultan’s blocking of comments a smart move and said that Halime Baji knew that Pakistanis should be brainwashed by commenting on these clothes.