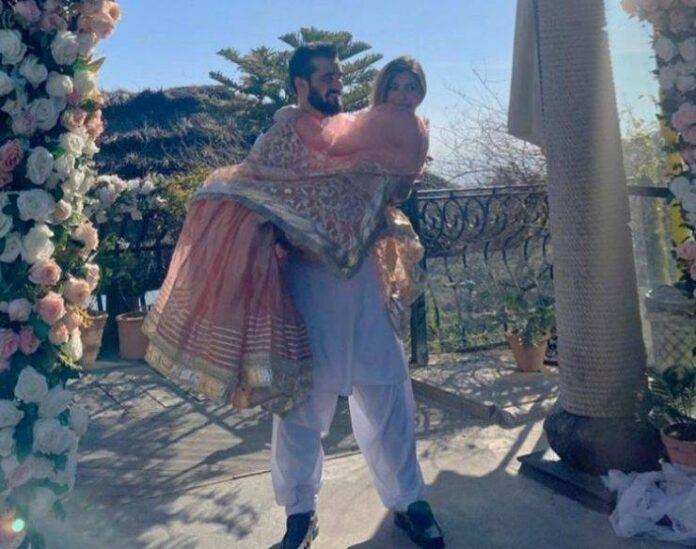 The most loved Pakistani couple “Hamza Ali Abbasi and Naimal Khawar” with zero haters got hitched the last august and since giving us major couple goals. Recently they both spotted at Naimal Khawar sister’s wedding and fans can’t help falling for their stunning pictures as always.

Fiza Khawar is Naimal’s younger sister who is pretty like her and in off-white and golden lehenga she was looking adorable at her nikah day.

Naimal was looking pretty in a pink lehenga. She also shared a picture of Hamza carrying her over the threshold with a caption, “If he (Hamza) had hair on his Nikkah this is what he would look like.”

Hamza and Khawar both left showbiz after the marriage for different goals. We wish both the couples happily ever after.