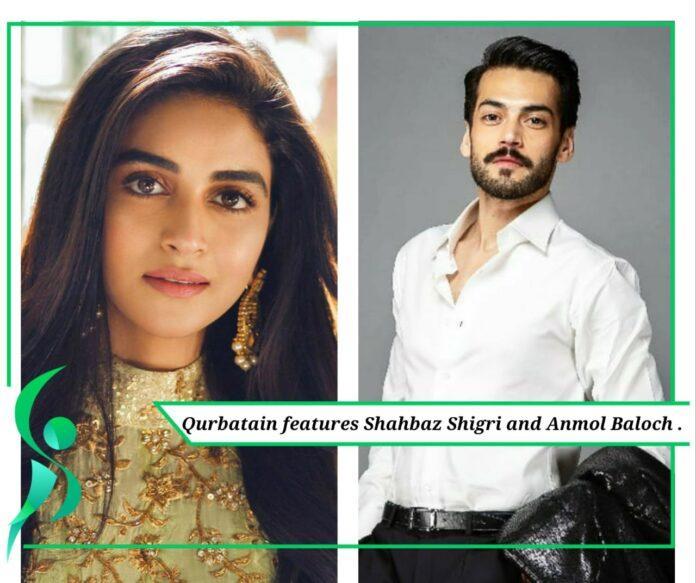 One of the hottest stars of the film industry is all ready to make a debut on television. The star is known for his work in Verna, Anima State and recently released Parey Hut love.

From the teaser it looks like Shahbaz Shigri named Rohaan, a rich person who has it all yet falls in love with a simple girl named Areeba portrayed by Anmol Baloch. Qurbatain is shot in the beautiful mountains of Murree and Karakoram Highway.

The cinematography is absolutely breathtaking as the lead couple spectacularly walk around in the green top mountains. But looks like another girl (Komal Meer) is coming between the two love birds, another story featuring a love triangle.

The drama is produced under Momina Duraid Productions, directed by Kamran Khan. We are quite excited to see the new pairing featuring Shahbaz Shigri and Anmol Baloch.

Anmol Baloch was recently praised for her flawless portrayal in Deewar e Shab and Shahbaz Shigri is currently the new heartthrob of our nation.

Not much has been released about the serial Qurbatain but Anmol Baloch has shared a fun BTS from the sets.

A poster was also released by the lead actress featuring the trio of the serial Qurbatain.