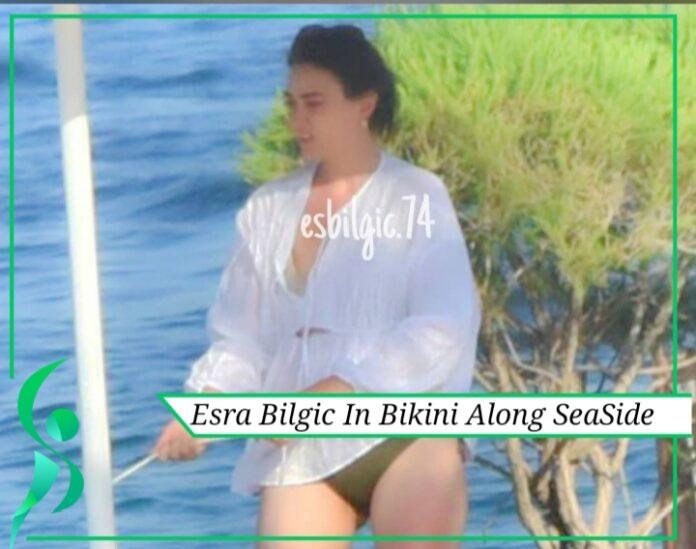 Esra Bilgic is a Turkish Actress and Model.  She is best known for portraying the role of Halime Hatun in the historical adventure television series Diriliş: Ertuğrul from 2014 to 2018. As of 2020, she is the leading actress in the crime drama series Ramo.

The Ertugrul Ghazi star Esra Bilgic shared a photo on Instagram wearing a bikini former but decided to turn off comments for that specific photo probably knowing her fans from Pakistan would lose it start leaving tons of critical comments. Because Pakistanis just can’t see Esra Bilgic in Bikini

And Now the Fans From Pakistan are getting another chance to criticize her because some of her pictures in bikini are also revolving around the internet.

Pakistanis are distraught to discover Halima baji wears a bikini and poses in short clothes. Some are pleading Her Hotness Esra Bilgiç, an actor, to behave like a good Muslim woman.

Many Pakistanis have and they can’t unsee the legendary Halima Sultana, the mother of the Ottoman Empire, posing in a bra. Astaghfirullah or Allah maaf karein, you see, they just discovered a collective feeling of belonging to a Turkish heroine from a legend.

Here are the latest Pictures Of Esra Bilgic in Bikini:

Pakistani fans cannot make the distinction between Real and Reel life. Let her Enjoy her life.