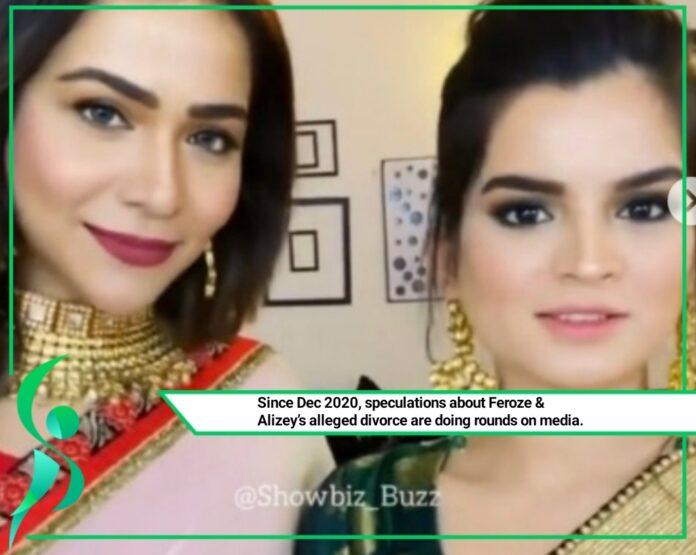 Feroze Khan and Alizey are one of the most recognizable couples of the entertainment industry. The rumors of Feroze Khan’s split with his wife Alizey took social media by storm few months ago . Various outlets reported the couple has split amidst differences.

For the majority of this episode, there was no response from either side which only added more fuel to the wild speculations.

ENJOYING THE BLOG? CHECK THESE TOO.

Recently, Feroze Khan has discussed these speculations in an interview in which he stated, “I think I have never spoken about my family or my family matters. I would like to keep calm and silent on this rumor because it’s my personal”
“Anything or any rumor which comes out should be through the proper source. I would like to tell people that don’t sell your religion or sincerity for a little amount of money. How can you talk about someone or something you don’t even know?”, added Feroze Khan.

Since December 2020, speculations about Feroze Khan and Alizey Sultan’s alleged divorce are doing rounds on social media. But Humaima Malick has shut down the rumors once and for all by sharing a pictures of her on Insta stories.