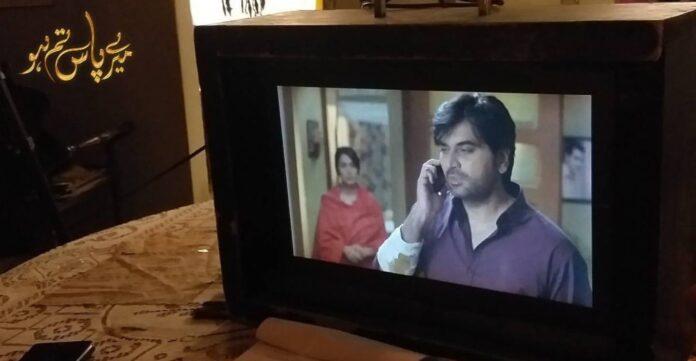 Ary digital featuring TV serial “Mere paas tum ho” by the writer Khalil-ur-Rehman who highlight some intensified issue in our society  “when wishes are more bigger than income” and “when luxury becomes necessity”. The 11th episode spread an emotional outburst and Now the title makes sense to us!

Mehwish the evil heroin ever, finally gone with Shehwar. While Humayun Saeed portraying some extraordinary innocent husband-theme, left alone and here we are wondering what’s next.
The twitteraties appreciating sensational acting of Humayun Saeed and Saeed update an overwhelming thanksgiving post.

Guys even having nightmares!

This one got my heart!

The recent episode mark high records of TRP and GRP got  Millions of views on YouTube in just some hours.

Also it has been revealed that Hira Mani is soon joining the ongoing journey of greed and love while her role in the drama is new mystery for the viewers. The fans are expecting a strong lesson for Mehwish’s betrayal but we can expect anything from the writers. Stay tuned to watch if the writer will bring a justified end of story.