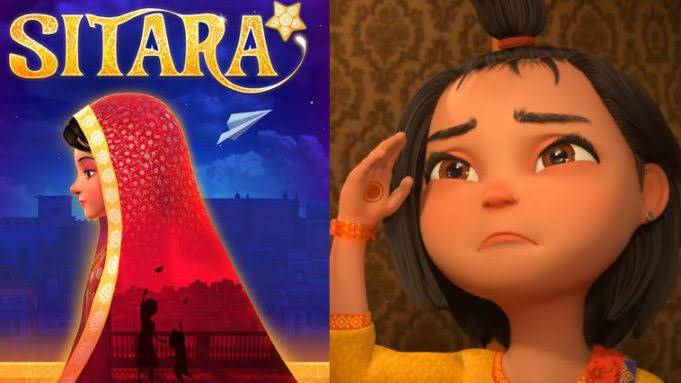 Sitara: Let girls dream, is the first ever Pakistani animated movie to be released on Netflix.

Written and directed by two-time Academy and three-time Emmy Award-winning director Sharmeen Obaid-Chinoy, ‘Sitara — Let Girls Dream’ The fifteen-minute long short, Sitara takes viewers on a journey through the old city of Lahore, where fourteen-year-old girl, Pari dreams of becoming a pilot; her story is told from the perspective of her younger sister, the six-year-old Mehr. It is a silent movie with no dialogues and highlights the struggles of girls in growing up in a study which don’t allow her to accomplish her goals and dreams and where daughters are still considered as a burden to family.

“Waadi Animations is proud to create an animated short that is at par with the best of the world and we are delighted that Sitara will be available to a global audience on Netflix,” Sharmeen said in a press statement. “We hope it will lead to thoughtful discussions as we also begin screening the film in schools and community centers around the world. We strongly believe that investing in the dreams of young girls will lead to a more equitable world.”

“Young girls everywhere still face considerable hurdles in achieving their dreams. Sitara embodies that struggle; it is the story of Pari, a young girl who dreams of becoming a pilot and is robbed of it,” the director told Netflix.

“For me, Sitara is more than a film, it is a movement that we want to start across the world, that encourages parents to invest in their girls’ dreams, freeing their daughters from the burdens of early marriage,” she added.

The film has been produced by Imke Fehrmann.

The music for SITARA has been composed by Grammy and Emmy Award-Winning composer Laura Karpman.

Executive producer Wengroff said: “Twelve million girls every year are forced into child marriage, losing their ability to dream. We hope this film gives young people and their family the ability to spark a conversation for a different perspective on what we allow our children to aspire to be when they grow up. We are thrilled to have Netflix as a partner to share this project with the world.”

The film will stream in 2020 and will be available in over 190 countries while it will be distributed by Netflix USA.