Home Extraaa Masala Iqra Aziz elated as she gets a reply from “Kaleen Bhaiyaa”. 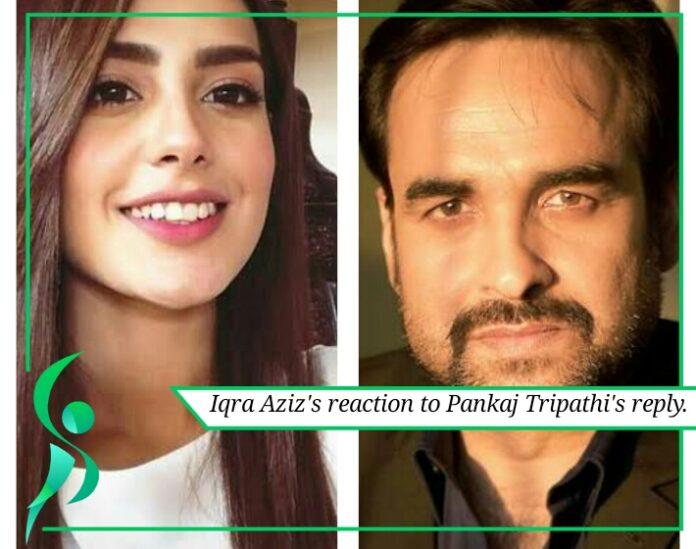 Iqra Aziz is one of the most famous and noted celebrities in the entertainment industry. Apart from being one of the most recognizable faces of the industry, Iqra has given powerful portrayals of characters that have left everyone in awe of her acting skills.

Famous for dramas like “Suno Chanda”, “Jhooti” and much more, Iqra has solidified her position as a megastar in the entertainment industry.

Iqra Aziz and her appreciation of “Kaleen Bhaiya”.

The character and the series both are famous across Pakistan as fans eagerly waited for the second installment of the series.

Iqra Aziz was also one of the fans and was smitten by the season and especially with Pankaj Tripathi’s character.

Iqra Aziz was also one of the fans and was smitten by the season and especially with Pankaj Tripathi’s character.

Iqra was surprised and filled with happiness as the actor was swift to reply with gratitude.

The reply made Iqra more euphoric as she stated,” Pankaj Ji replied to me and I can’t believe it!”

What do you think about this?