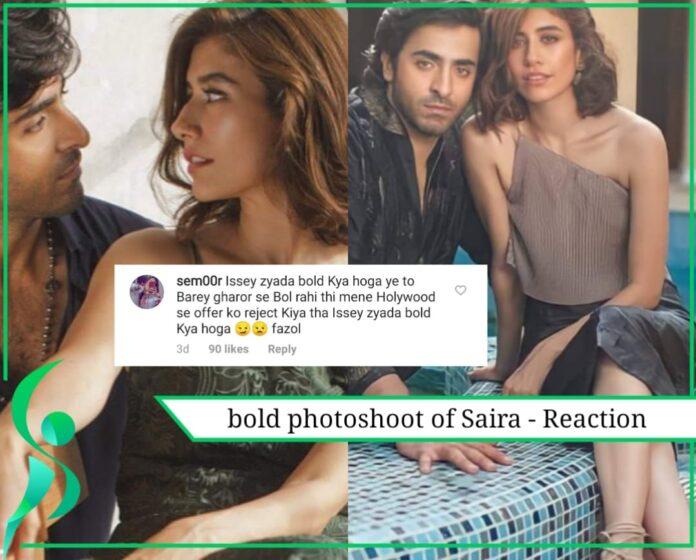 Showbiz! an industry which can never satisfy the Pakistani people. Whether it be movies, TV dramas or even photo shoots, celebrities are always a target of criticism one way or another. A recent photo shoot with Sheheryar Munawar got Syra Yousuf criticised the same way. Keep reading to know more!

In November’s issue of the OK! magazine, Syra and Shehryar were pictured together a couple of times. While a lot of people loved it the most, some were as usual critisizing the stars for the boldness of the pictures that were issued in the magazine.

Syra’s Instagram was filled with positive comments regarding the two but on the other hand some keyboard Jihadis had somethings else to say!

People had the audacity to blame celebrity divorces on these types of photoshoots! What even!!

And some more useless garbage that people spewed for no reason.

But whatever the people might say, we think that the 2 of them looked absolutely stunning in the shoot!

This was it for today’s article! Keep visiting our site for more celebrity content and updates!