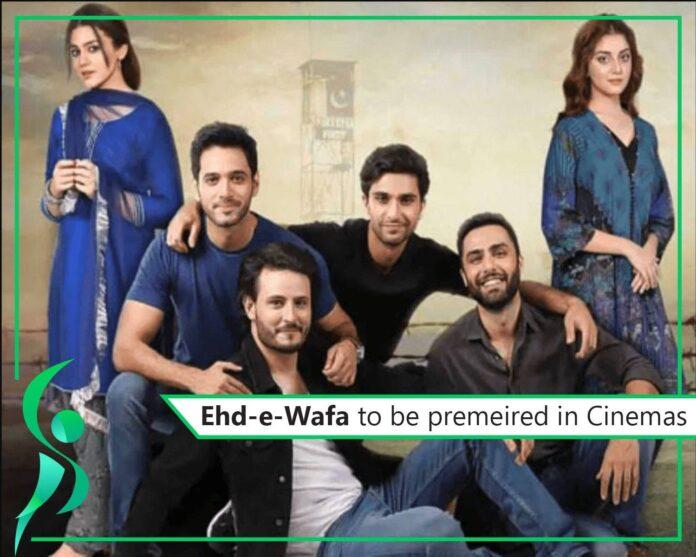 The trend prevails after the famous “Meray pass tm ho” that the new military drama Ehd-e-Wafa is to be screened on cinemas on 14th March 2020.

The popular drama “Meray pass tm ho” was the first-ever drama to be screened on cinemas. This drama was screened in cinemas after a great plea from the fans. This drama broke the record of many dramas.

The famous military and friendship drama serial has been very popular among the viewers. The story of four friends, Saad, Shariq, Shahzain, and Sheheryar, working in varied professions and have an amazing personal life. This story is an excellent example of love, loyalty, respect, and fun. This drama is directed by Muhammad Saife Hasan and is a part of the magnificent Momina Duraid Productions.

The teaser of the last episode of Ehd-e-Wafa shows legendary actor Humayun Saeed as the guest’s appearance. let’s see whats more with the teaser below!

the nation is waiting eagerly for the last episode and waiting for 14th March when it would be premiered on TV and cinemas.