Home News Pakistan and the nation are ready for the first Pakistan Retaliation Day! 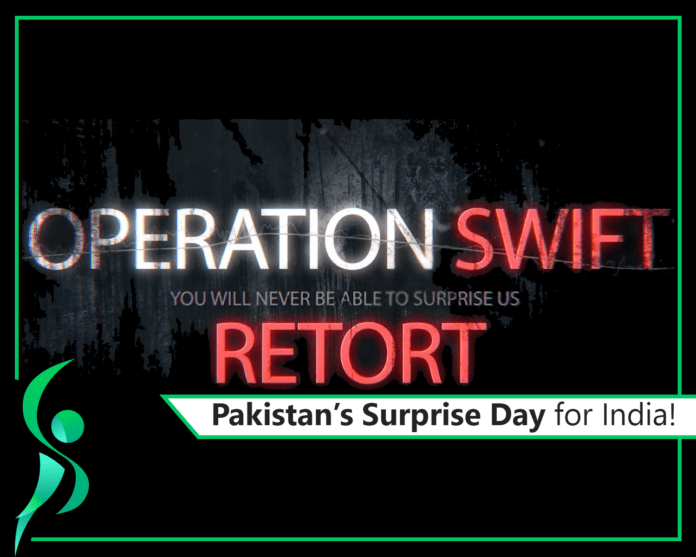 All measures are completed for celebrations on 27th February 2020. the nation is happy and excited to celebrate the first anniversary of the operation swift retort by the Pakistan air force.

India celebrated this invasion calling it an attack on terrorists’ training camp and claiming to kill over 500 terrorists. Later that day, Pakistan refused the Indian claim and opened the strike area for the world to witness no traces of human existence in the area.

DG ISPR of the time, Major General Asif Ghafoor announced: “Now, we shall surprise you!”

The surprise was given two days later on 27th February. Early in the morning, Pakistan set targets on eight critical military installations of India. The Pakistan Army and PAF were all ready to respond.

The pilot, wing commander Abhi Nandan, managed to eject from the plane. He was arrested by the Pakistani people and beaten. The Army reached the site and took him into custody.

On the other hand, the cowardly Indian media bashed on shooting Pakistani F-16s, which was a big lie.

Abhi Nandan stayed in Pakistan for three days, after which prime minister Imran khan announced to return him to India as a peace gesture.

Operation swift retort is one of the proudest moments for Pakistan. It is a prove of the capability and strength of our Army.

Pakistan’s leading event for the Pakistan retaliation day was held on 26th February 2020, at GHQ, Rawalpindi.

The PAF would present an Air Show on Karachi Sea View as a moment of pride for the nation!