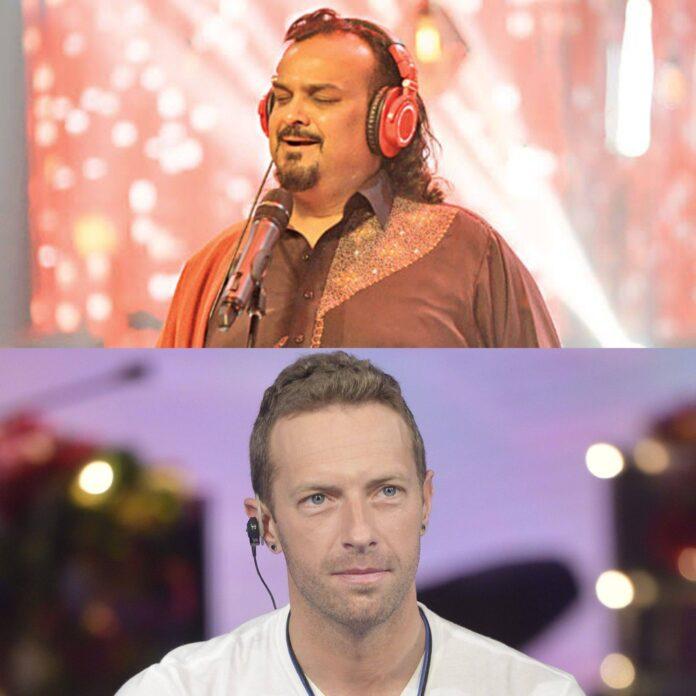 A qoute says “an Artist never dies“. It has been evinced by the recent tribute to the legendary Pakistani qawwal late Amjad Sabri by Chris Martin Coldplay’s frontman .

Coldplay, which is a British rock band formed in London released new album “Everyday Life”. The album delivering melodious tracks and one of them is Church; a love song, which absorb the essence of Amjad Sabri’s kalam “Jaga Jee Lagany”. Martin gives attribure to Late Amjad Sabri in an interview with Entercom saying ” There’s two cool other singers on that one. There’s this guy who was a Pakistani singer, called Amjad Sabri. He was sadly murdered by people who didn’t like what he stood for. Then there’s a friend of ours called Norah who is a guy from Jerusalem.”

It has been 2 years since Amjad Sabri’s death and still his immensely crafted voice soothing and blending with emotions in the heart of his admirers. Hence art has no boundaries so, also in the heart of those who knows how to respect an artist.

Ali khan Hyderabadi Planted a controversy against himself

Jannat Mirza hits with another controversy