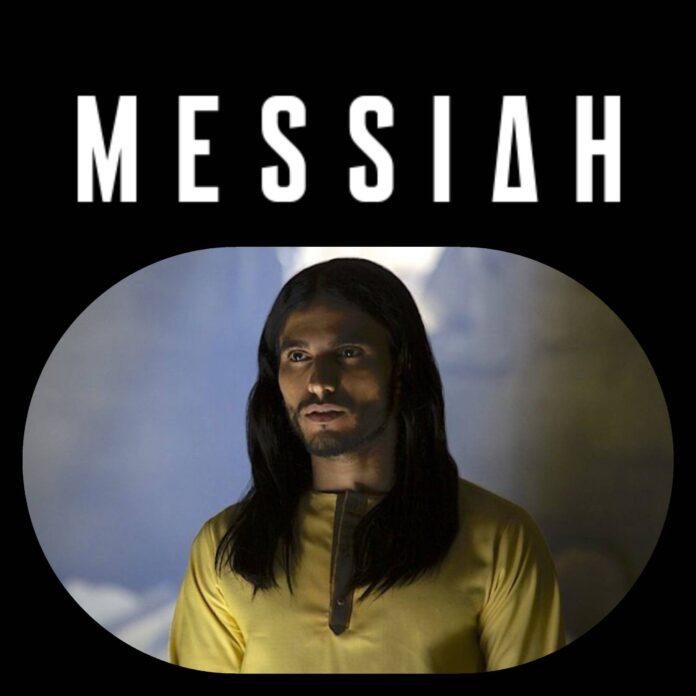 The new trending buzz on Twitter is #Dajjal. The rumors revolving around that upcoming Netflix series Messiah will going to cause tremendous damage. The series is getting fame before its release because of the storyline by giving an impression of the concept of Messiah-a renovator to the humanity from the Islamic perspective; for sure in a twisted way. The person portraying the mysterious character is Mehdi Dehbi a Belgiun actor, possessed some supernatural powers as miracles which can be seen in the trailer he is having a hangout in thunder storm and claim to be a Messiah but resides some dark motives. The first season will be air world-wide on 1st January 2020 comprises of 10 episodes.

The trailer revealed that a person rise in Syria travelling to Palestine, Texas in a jiffy and incredibly influencing the people around him. The CIA agent Eva Gellar (Michael Patroni) doubt his credibility but find nothing other than theories, as saying

“He turns out of nowhere we don’t know who he is.“

“He is leading desperate people.“

“He could be creating an army”

The preview showing some intense summarization!

The conspiracy theories is rising saying that this will gonna change the concept of evil by diverting the initial visualization of Dajjal as Messiah. Another saying is that the series turns to be gathering the followers of dajjal. While it is also in consideration that within seconds the trailer spread all over the world and there is a Hadith saying Dajjal will be able to travel from different places with incomprehensible speed so there must be a reflection within. It is also suggested that this might be the process to normalizing the concept of satanic power over the world. People even didn’t left the actor name Mehdi Dehbi and the A in Messiah saying it is all planned to provoke a hidden mission.

Become Curious ? Watch it by yourself

However, there are Hadith which explain the features of Dajjal as “There is written between his eyes (the word) Kafir (infidel)”. Also it is expected according to Hadtih that “His eye would be like a floating grape” and a verse from Sahih Bukhari translated as “There would be along with him two canals (one flowing with water) and the other one (having) fire (within it), and what you would see as fire would be water and what you would see as water would be fire. So he who amongst you is able to see that and is desirous of water should drink out of that which he sees as fire.”

In Messiah the mysterious character appear in Syria while in a Hadith it is mention that “he would appear on the way between Syria and Iraq and would spread mischief right and left. O servant of Allaah! adhere (to the path of Truth).” Although, it is confirmed that dajjal must rise one day whether the series like Messiah is there or not. It is best to prepare for the worst and reciting “Allahumma ini a’udhu bika min ‘adhabi-l-Qabr, wa min ‘adhabi-nnar, wa min fitnati-l-mahya wa-lmamat, wa min fitnati-l-masih ad-dajjal.”

What about your views? Let us know in the comments.