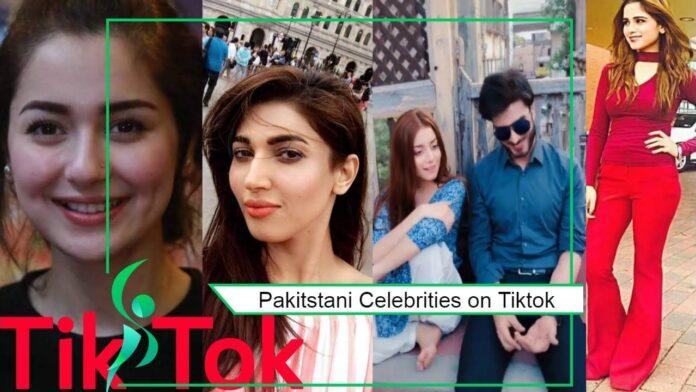 After Dubsmash, Musically, and countless other applications, the latest one to join the league is ‘TikTok’, another video-based app that allows users to perform on their favorite songs and acts. Every once in awhile, there comes an app that takes over the social media and people become obsessed with it!

Your news feed must be flooded with all those Tik Tok videos where random people dub on songs like a superstar. Well, that’s not a big deal because even celebrities have joined the Tik Tok craze and their videos will definitely leave a smile on your face.

Humaima Malick’s Tik Tok video with her fitness trainer Gohar Hayat is the best thing you will see today!

Yasir Hussain is one of the popular stars of Pakistan. He is a multi-talented celebrity from Islamabad. Yasir Hussain is not just a well-know screenwriter, actor, and host but he also has a great fan following being a TikToker.

He posts lots of hilarious TikTok videos on a regular basis and entertains his followers. Currently, he has around 322.8k followers and he has got 1.2m hearts on the profile.

Noor Hussain is another famous Pakistani celebrity. He is an amazing director, actor, and model. He entered the media industry being a Radio Jockey. Nowadays he is getting a lot of fame on TikTok for making funny videos and entertaining his followers. He has 763.9k followers on TikTok and has got 6.6m hearts on his profile.

And the list continues since there are lots of other Pakistani TikTokers with huge fan followings. Don’t forget to tell the readers about your most favorite TikTokers. Also, give their names and profile links in the comment section below.