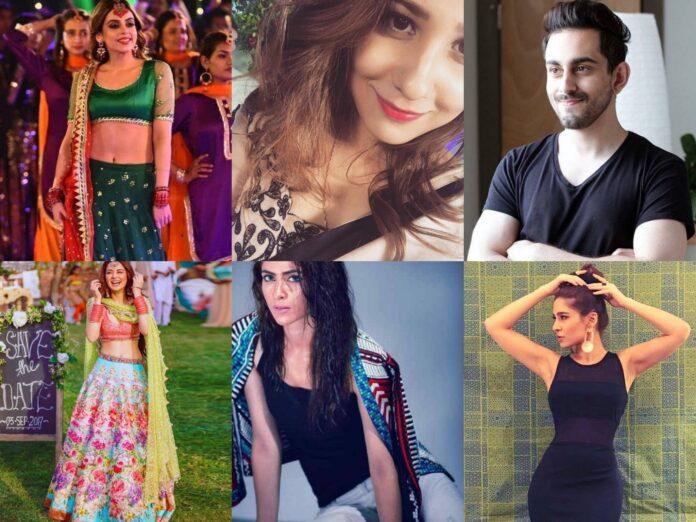 Are you interested for having an insight of your Dear Celebrity’s life? Do you want to know how your favorite Hania Amir looks off screen? Are you eager to enjoy the backstage moments of Bilal Khan and Zara Noor Abbas? The naughty and haughty updates of Iqra Aziz and most interestingly these entertainments hosted by no one but your own Dear celebrities on their YouTube channels.

YouTube, a medium of ever growing entertainment from a quite few years are now becoming more popular through vlogs aka video bloggings and if these vlogs are from your most loving celebrity, there is no chance to avoid the chance of taking insight in their life

From a huge world of Celebrity YouTubers here are some glimpse of Pakistani Celebrity Vloggers.

The first vlog of Hania Amir says it all! Her idea of being in touch with her fans and being adhere to Infotainment are the motives of her Vlogging career.

The Dimple  Queen of our industry with 138k subscribers on her channel grabbing the attention of viewers, rising MORE and MORE with her beauty and charms of being natural

Have a look on my favorite Vlog of hers!!!

From his high rated drama Khamoshi and the passion of singing, Bilal Khan became vlogger two years back portraying these talents with his creative content. A bit of weirdness is COOL

BILAL KHAN with 412k subscribers on his channel grabbing the attention of viewers.

The most exciting insights are from his **crazy** traveling vlogs. He has been seeing with other mates in his vlogs for entertainment and gives his viewers epic pieces of laughing and cheering moments. Although Zara Noor Abbas and Kubra Khan are my favorites. You can share your favorites from Bilal Khan Vlogs.

Sneak up into some of his old memories

From May 26, our very own “Jealous Zareen” from Hasad aka Arij Fatyma, starting her YouTube Career and till now she have 130K subscribers. Caring for her skin and sharing it with other girls made her vlogs more engaging

Her reality talks and contents like “Minding Your Own Business” are on point. From self grooming to cooking she’s doing whatever she wants and giving us a message to FEEL COMFORTABLE AND CONFIDENT IN YOUR OWN SHOES.

AYESHA OMAR; FROM KHOBSURAT TO YOUTUBER

Bulbuly Star “Ayesha Omar” started her vlogging career just recently on 14th May 2019 and shoot up high to 91K subscribers in just 5 months. The chilling and chatting lifestyle of Ayesha Omar is quite interactive

The best part is the initiative of “Ao Madad Karain” by helping poor people.  On other side she’s being sassy all around shopping, cooking, enjoying her life and sharing it with her fans.AND YES! How could I forget to mention her shallum’s guitar vlog.

Let’s move on to cheering her musical talent

The talented Yashma Gill joined YouTube on 9th July 2019 and get 27K subscriber in lesser time. Her cute and adorable styles are being praising but a bit of overacting are natural in exciting vlogs.

Although her themes of helping others give viewers a really deep message. She’s been full of life throughout her videos

The stunning actress Hina Altaf, which gives life to her every role she played on screen whether it were Zeb-Un-Nisa from Udaari or a stubborn & sassy character of Huma from Gumrah; she just live it all and now she is giving life to her YouTube Channel from 24th April of 2019 with 121K subscribers.

Enjoy watching her a wondrous traveling vlog, and say a GOOD-BYE to us.