Home Drama “Phaans”, the new project! What we know so far 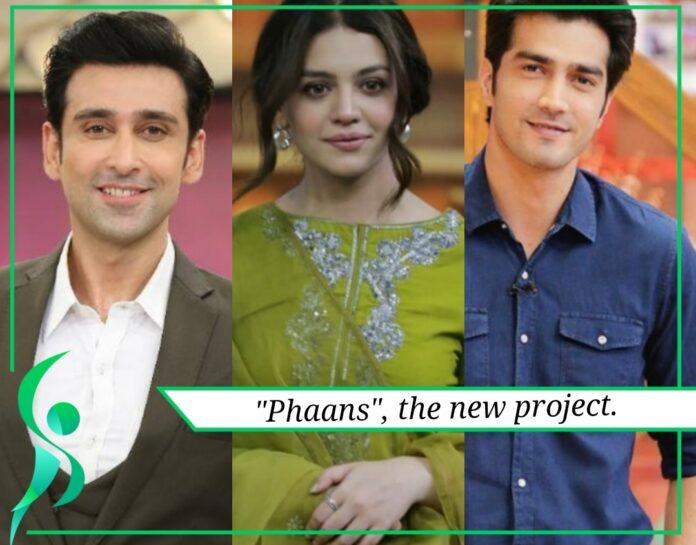 Everyday Lollywood is coming up with new scripts for movies, TV Shows, and different short projects to entertain the audience. This time the new project is a drama serial called “Phaans”. Keep reading to get the insider scoop about the upcoming project!

What is the new project?

Zara Noor Abbas took to Instagram to let us know that she would be working on a new project called “Badzaat” but the name was later changed to “Phaans” as “Badzaat” was only the working title.

Written by Samina Ijaz, Phaans also has actors like Sami Khan and Shahzad Sheikh as the main roles of the drama that revolves around an important social issue. We are still unclear on what social issue this drama is covering but it is said that Shahzad Sheikh will be seen in totally different avatar, something that we haven’t seen him doing before.

Other than the main leads, the drama will also consist of actors like Yashma Gill, Kinza Malik and Arjumand Rahim! Definitely something that we’re looking forward to.

What do you guys think about the new project? Do you love the cast or do you think that the directors should bring more new faces to the screen? Let us know in the comments!