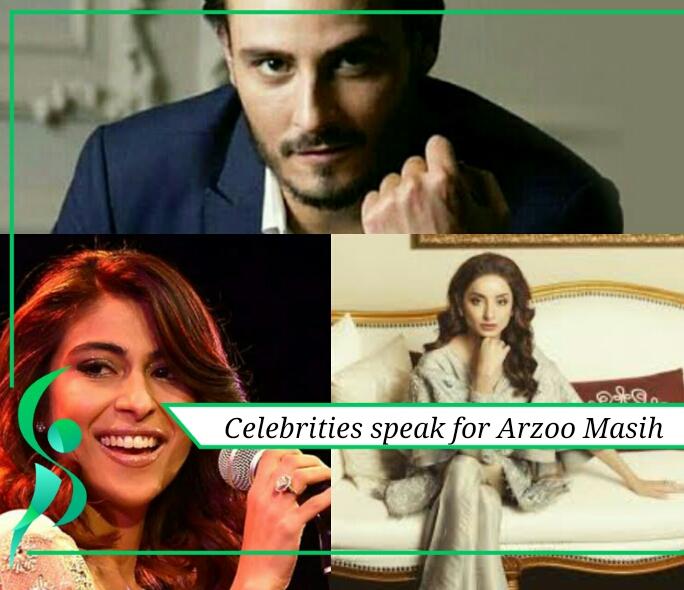 A Christian teenager by the name of Arzoo Masih was allegedly abducted followed by forced conversion and marriage to a Muslim man.

According to the victim’s father Raja Masih, she was kidnapped from their house in Railway Quarters.
The kidnapper lived nearby and abducted Arzoo with the help of his brothers, Mohsin and Shariq, and a friend.

Earlier, a judicial magistrate had granted bail to Azhar’s brothers and friend, while the SHC restrained the police from arresting Azhar himself.

On Monday, the Sindh High Court dispatched the local authorities to trace Arzoo Masih and relocate her to a shelter home.

Celebrities speak out for Arzoo Masih.

The incident has created a furor among the general public and has left many across the country bewildered.
Various celebrities lent support to Arzoo Masih and demanded swift justice for her. Sarwat Gilani, Meesha Shafi, Osman Khalid Butt were among the stars to share thoughts on the incident.

Jibran Nasir represents the parents of the abducted girl and took to Twitter to share the updates of the case.
Jibran called the government and police to use all resources at their disposal, stating “To save our children, the government, police, judiciary, lawyers, civil society and media all should be on one page.”
Jibran Nasir is hopeful that the authorities would resolve this case and help Arzoo get justice.

Shafi wrote, “This has been heart-wrenching so far. More power to you, Jibran Nasir. Praying for Arzoo Masih to be reunited with her parents.”