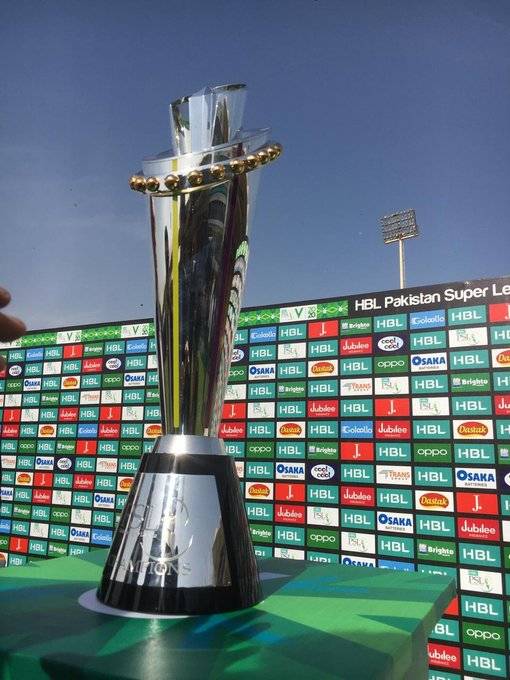 The trophy for the fifth edition of Pakistan Super League (PSL) was unveiled at Karachi’s National Stadium on Wednesday.

It is always exciting to watch revealing of the PSL trophy with classic three-dimensional star and crescent that represents the country.  That was brought to the stadium by legendary squash player Jahangir Khan and handed over to defending captain Sarfaraz Ahmed of the Quetta Gladiators.

The new fact about the trophy is that there won’t be new trophies in the upcoming years. This year’s trophy will be treated like the FIFA treats its trophies, with the winner taking it up but made to return in before the next tournament. And the PSL trophies will have the winning team’s name embossed on it.

The PSL 2020 will be hosting in Pakista and is starting from Thursday, the opening ceremony match will be between Quetta Gladiators and Islamabad United at Karachi’s National Stadium.