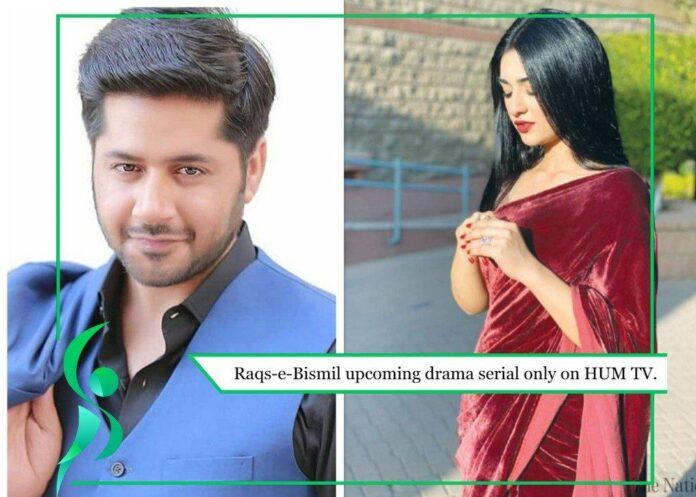 Raqs-e-bismil is basically an Urdu novel which is brought up in the form of drama serial by Wajahat Rauf. He is back with this project after 3 years if directing in the showbiz industry. For lifting up the lockdown, the entertainment activity for the fans and followers of the Pakistani drama industry has to be active now. All the shootings are being resumed as well. The famous actors of our industry Imran Ashraf the iconic actor and Sarah khan the most phenomenal actress are to been seen together for playing the main role in this drama serial.

The drama serial ‘Raqs-e-bismil’ is written by Hashim Nadeem, He has been praised by his drama serial Khuda Aur Muhabbat as well. While it is being produced by Shazia Wajahat along with Momina Duraid Production.

Wajahat Rauf, the producer of the drama serial shared some details regarding the story of Raqs-e-bismil. She gave a hindsight statement that “It is an exceptional story of affection and energy between two spirits from various universes.” She also mentioned that there will be an outdoor shooting for about 3 months of period and it will be announced at the end of the year while the drama will be air on HUM TV.

Imran Ashraf & Sarah Khan are paired up to romance on screen for the first time in the showbiz industry. The teasers and trailers of Imran Ashraf’s drama serial ‘Mushk’ is already setting up bar high for him. His big-screen debut in Mohammad Ehteshamuddin’s Dum Mastam inverse Amar Khan is likewise being decidedly envisioned. Whereas, the supporting cast of the drama is featuring super talented actors like Saleem Mairaj, Mehmood Aslam, Anoushay Abbasi, Momin Saqib, Nida Mumtaz, Gul-e-Rana, and Furqan Qureshi.

Stay Tuned to Showbiz Pakistan for the latest news and updates!