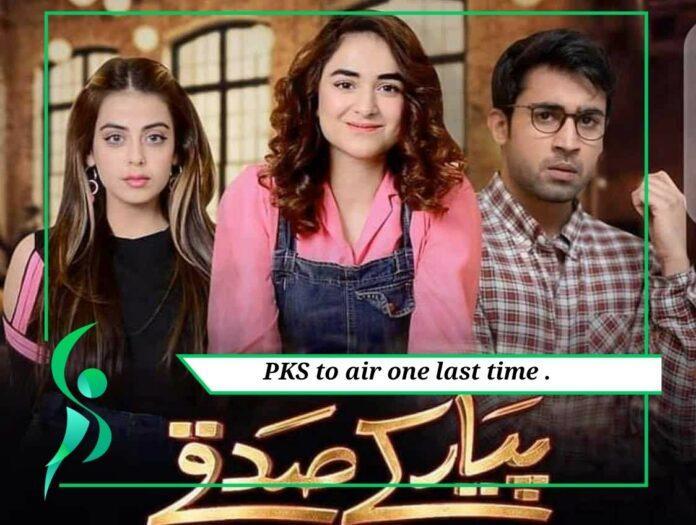 The popular serial of Hum TV Pyar Ke Sadqay ruled the rating charts since its first episode. It is well appraised for its story, plot twist, and acting. The popular leads Yumna Zaida a.k.a Mehjabeen and Bilal Abbas a.k.a Abdullah was appreciated now and then by every critic. No one can recreate such a powerful impression like the duo of PKS.

The drama is approaching its end, and fans are already feeling nostalgic. They shared their thoughts on twitter, saying:

Fans are also speculating the end, and wish to see Mehjabeen and Abdullah a.k.a Abeen together while Sarwar gets what he deserves.

The supporting cast of Pyar Ke Sadqay consists of Atiqa Odho, Omair Rana, Yashma Gill, Sara Asghar, Sharmeen Ali, Gul e Rana and, Salma Hassan. Each of the individuals portrays their character beautifully and, were equally praised along with the leads of the drama.

While one more day is left for the final episode to the air, we secretly wish that Yumna Zaidi and Bilal Abbas are given all the awards for their enduring performances.
We are excited about the final episode and cant wait to see if the ending is worth the hype or not. What about you guys? Let us know in the comments below.