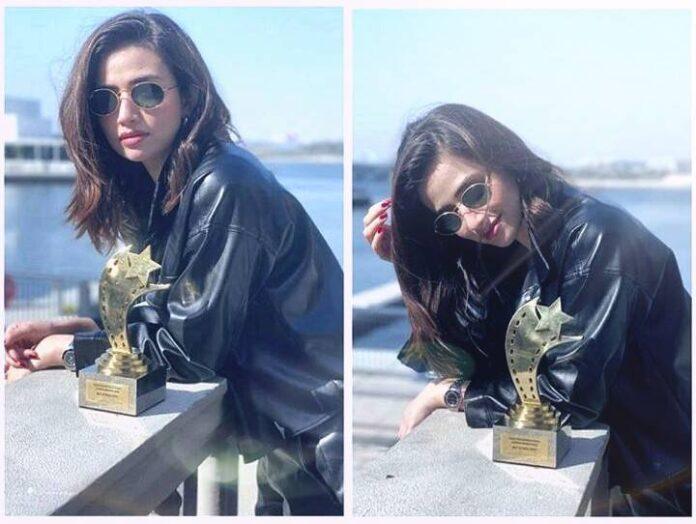 The first ever Pakistan International Screen Award (PISA) held in Dubai at the coca-cola Arena on 7th Februarary. Within the clouds of celebrities the event took place and honoured talented artist. The PISA recognized Sana Javed for her tremendous acting in Ruswai, the drama highlighting the struggle of an abducted girl.

Ruswai is written by Naila Ansari, Sana Javed playing the role of headstrong girl Sameera who got abducted and the struggle of damaged honour of her family and her in-laws comletely ignored the traumatize emotions of Sameera. The drama is getting critical with proceeding episodes. No doubt, such issues must be highlighted and recognized in a way.

Hina Javed took Instagram to congratulate her sister with such pure words and express her feelings for Sana and Sameera as well. It is not easy to play such a demanding role.

Hina Javed post stated that, “A heartiest congratulations to my lovely sweetest sister and an amazing actor @sanajaved.official on winning the best actress award for her outstanding performance in drama serial Ruswai. The hard work you put in to portray the character of a rape victim that showed the pain and struggles they go through was so convincing that whoever watched it felt that pain as well. May Allah grant you all the success and happiness till the end of time. I love you.”