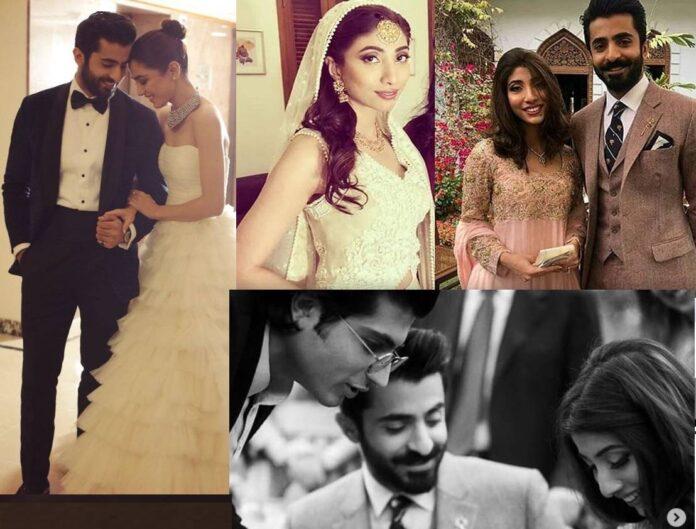 Sheheryar Munawar made his debut in Mere Dard Ko Jo Zubaan Mile in 2012. He developed a great reputation and fame in the recent years. And yess he was one of the eligible bachelor in the industry also but then in the beginning of the year the news of Sheheryar engagement with Hala soomro broke the internet leaving the Ho Mann Jahan fan’s heart broken and startle.

The engagement was held in Karachi and that was totally secret ceremony without any media attentions. However, we didn’t see any cute moments and so between the two, there’s always a silence from Sheheryar regarding his fiancee and now WE MAY HAVE BAD NEWS!!

In a recent interview with The Current PK, Sheheryar hinted at regaining his bachelor status in response to one of the questions asked. When inquired about what was the most daring thing that he has ever done, the young star replied that it was telling his mother that he wants to choose the girl that he wishes to marry.

“The most daring thing that I’ve done is telling my mother that once I tried on your call, and you yourself ended it but this time, I’ll choose the girl I want to get married to.”

Sheheryar did not reveal any more details and changed the topic with a quip “Smart people will be able to take the cue.”

The two of them, Sheheryar and Hala Somroo are no more following each other on Instagram, although the news of breakup is not confirmed. But as we all know are aware of the tidbits about Sheheryar and his co-star in Parey Hut Love that was/is sensational whilst the promotional period of the following film.

Now it is official that Sheheryar Munawar is back on the market as one of the most eligible bachelors of the industry. But is he really single and available?