Home Celebrities Sonya Hussain is geared up to personate a girl with schizophrenia, in... 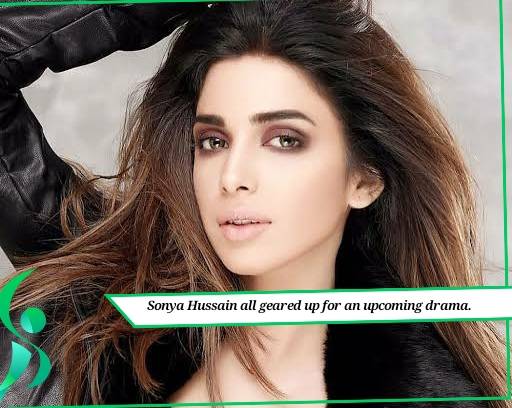 The wonder women, Sonya Hussain is ready to portray character of schizophrenic girl in her upcoming drama.

The trend of addressing stories in the Pakistani entertainment industry has been taking a drift as the viewer’s demand more relevant and character-driven plots rather than being stereotypical. With social-related plays on an increase, numerous Pakistani actors are working on such projects that draw attention to these issues. One such fine actor is Sonya Hussain, who played primary roles in Aisi Hai Tanhai (2017), and the recently ended Ishq Zahe Naseeb, which dealt with Dissociative Identity Disorder. Previously, Sonya portrayed the character of a mentally challenged girl in Nazo (2015).
Sonya Hussain, the Ishq Naseeb actor has always been vocal about mental illness and while acknowledging these responsibilities, Sonya went on to discuss another character of hers in her next serial.

The update which has been surrounding for a definite period has been now confirmed by the star herself, in an interview with The Express Tribune. The actor will be seen beside Sami Khan, under the direction of Mohsin Talat. She stated: “It is entire documentation from diagnosis, to treatment and potential recovery. It is the story of a seemingly normal girl in a normal setting, who has symptoms of schizophrenia that people around her are unable to recognize”.

The actor will depict a character with mental illness, the schizophrenia that interrupts a person’s linking with actuality, signs ranging from delusions, hallucinations, mood fluctuations, and other cognitive disabilities.
The actor who visited rehab centers for her role further told, “I play a victim of this disease, the woman enduring it disconnects from reality and undergoes delusions – which, as they aggravate, turn into hallucinations as well”.
When interrogated about the impression of the project Sonya answered, “It is trying to normalize the condition. Since we openly acknowledge diabetes and illnesses of other organs, we need to also realize that there’s little to no discourse surrounding mental illnesses.”
The versatile actor also admitted that she was offered three scripts after her tremendous performance in Ishq Zahe Naseeb but this script caught her attention.“It was naturally appealing but it still took me a while to decide whether I wanted to go ahead with it. I had to do my research first,” while addressing her responsibilities as an actor.
Sonya went ahead to add her recent realization that she knew many people with certain symptoms but couldn’t recognize it previously. “I think because most of us aren’t aware of the concept, we’re unable to recognize people around us that may be suffering. After having studied various conditions because of the characters I’ve done, I know that I’ve seen patients; even people in my family resonating similar characteristics.”
Talking about the statistics of these diseases, she told “Every fifth person out of a hundred is schizophrenic in Pakistan, as opposed to DID which is comparatively rare. I think there’s also a myth that we cannot help these people because the illnesses are permanent, but they can very much be treated. Schizophrenia is a combination of genetic imbalances, abnormal occurring of brain chemicals sometimes due to malnutrition, one’s surroundings, societal pressures among other causes. But it is very much curable through communication and medication”.
After the success of her previous soap, she admitted that things are altering in our culture but still there is a long way to go. “I do sense acceptability; we are less discomforted by the discourse and I can say that because the audiences have started to respond well to these subjects.” As far as increased representation of such topics is concerned, the actor was confident that the lines between parallel and mainstream content have blurred around the globe, including Pakistan. “Makers are investing their time and energy into more substantial, darker, yet realistic subjects.”

Moreover, the filming of the serial was in full swing but now it has been put on hold, due to the current lockdown. “We had begun filming, but due to the lockdown we had to stop the production until further notice from the government.”
But staying confident about the upcoming days, the actor concluded her interview with “I can now live as a person suffering from the illness, away from civilization and the distractions of a busy life.”
The name of the serial is not revealed yet but one thing which we are sure about is that it will keep the audiences hooked to their television series. What do you think? Tell us in the comments below.