Home Celebrities The Amazing Voice- Over Artist Behind Ertugrul. 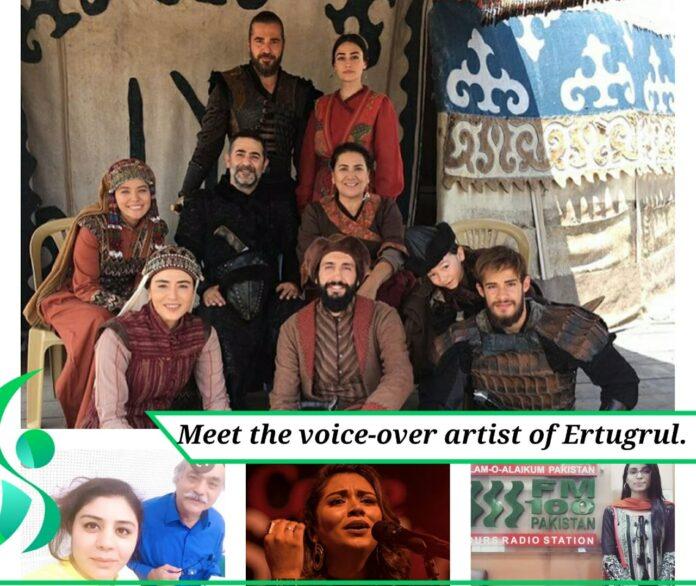 Dirilis Ertugrul, the popular Turkish serial is the talk of the town since its streaming. With the rising success of the show, fans are curious about the voices behind the popular characters of the historic drama.

In an interview with BBC Urdu, PTV’s Chief Marketing and Strategy Officer stated that the selection of voice over artists is done by a dubbing agency after a long and detailed process.
“While the dubbing agency was hired for selecting the artists, the final decision was made by PTV based on the dubbing artists’ voices and their ability to voice the characters according to the plot”.
“At the present day, dubbing for the fifth season of Ertugrul is ongoing”, the official added.

2. Rabia Rajput:
The famous RJ Rabia is the voice of Halima, who is the wife of Ertugrul.

3.Diya Rahman:
Diya Rahman is a popular anchorperson of Radio Pakistan. She shared this news on her social media account that she is the voice behind the character Haymeana.

4.Babar:
The host of TV show Zara Bach K, Babar is behind the voice of Arttaghal Chaudhry.
5.Nimra Rafique:
The 26-year-old is not only a music sensation but a voice-over artist dubbed the voice for the character Roshini.

6.Jamal Muneeb:
Jamal Muneeb has given his voice for the character Arfeen.

Apart from this the veteran actor Anjum Habibi has also given his voice for the Turkish drama serial.

Dubbing or voice-over is still a tricky process that requires the correct lip-syncing and expressions of the original artists. It is done in the native language. The voice-over artist behind the drama serial has done an acclaimed job making it a huge success in the country.

What do you think? Tell us in the comments below.