Home Gallery The definition Of BOLD With elegance ‘IQRA AZIZ’ 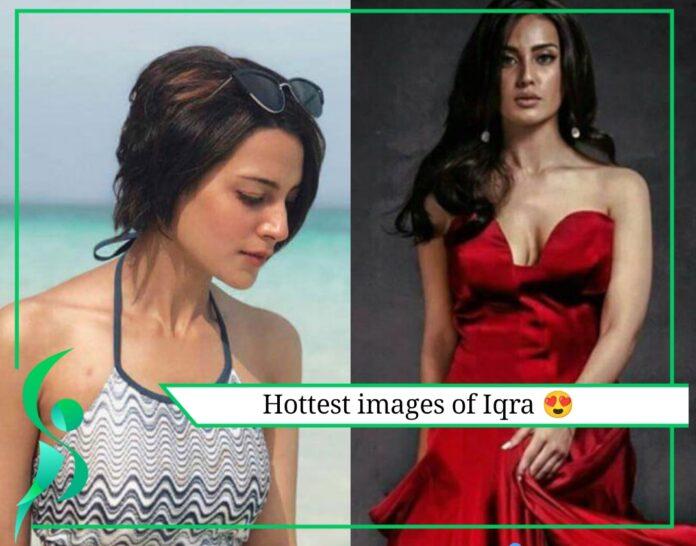 Pakistani Television actress Iqra Aziz who you must have known as Jiya if you are a big fan of ‘Suno Chanda’. The performance she gave in the serial is truly noteworthy and admirable. She also won the Lux Style Awards for Best
Television Actress for her lead role in the TV serial. She has performed wonderfully in many renowned series like Muqaddas, Choti Si Zindagi, Qurban, and many more.

Iqra Aziz is one of the self-established, hardworking, beautiful, and talented actresses in the Pakistan television industry. She has already won many awards and has been nominated in
many best actress categories at a very young age. She started her career in 2014 and has become popular in a short period.

We know Iqra Aziz as a very cute and darling actress with a very benignant sense of clothing. However, a good actor and model is the one who tries all the fashionable attires and looks hot, bold, and sexy in that. And I believe Iqra Aziz fulfills the definition of a good actor with her amazing acting skills
and her good fashion sense. She looks cute in her traditional clothes and hot & sexy in her western clothes at the same time.

Here are the hottest and stunning pictures of Iqra Aziz that is surely going to melt your heart.

Aena Khan from Hijabi to Hottie