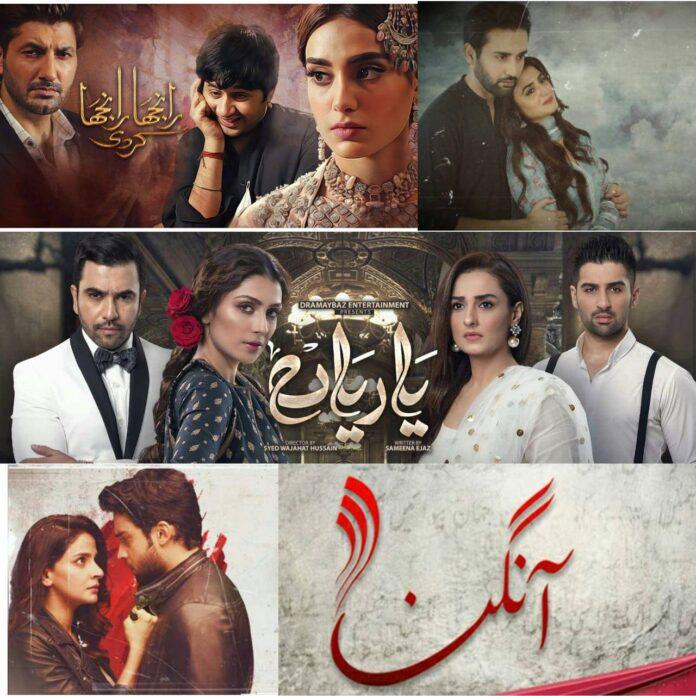 We are entering 2020 with drama serials making us bear all kind of emotions with the actors; heartbreak, love, romance, sadness and happiness too. Although 2019 was also the year of some intense serials with actors giving their best performances so far.

Ranjha Ranjha Kardi casted Iqra Aziz, Imran Ashraf and Syed Jibran as its main characters. This was one of the best serials of 2019 as it set the bar very high and Imran’s acting as Bhola made us all fall in love with him.

Main characters as Saba Qamar, Bilal Abbas Khan, Aijaz Aslam and so on, was oriented on a social issue and highlighted how difficult it is for lower class to get justice against the powerful ones. This serial surely had us glued to our screens till the very end.

Do Bol showed all sorts of emotions, from heartbreak to love, from sorrow to ecstasy, and because of this it gained a lot of popularity this year. Moreover, the main characters Hira Mani and Affan Waheed were dearly loved by the audience. This drama showed how a person can be selfish and selfless in love. When a simple script is carried out brilliantly, it turns into a blockbuster like this one.

Aangan is the dramatisation of the award-winning novel of the same name written by Khadija Mastoor. It involves Mawra Hocane, Ahad Raza Mir, Sajal Ali, Ahsan Khan and many more actors and is based on the partition of the Indian subcontinent. This historical drama also focuses on the heartbreak and romance between the actors prior partition.

This drama had Ayeza Khan, Junaid Khan, Momal Sheikh and Muneeb Butt in its main lead. Due to its star cast, it gained a lot of views and popularity. The story was nothing new but still it appealed to the viewers. Ayeza Khan played a negative role and this one was a blockbuster on Geo Tv.