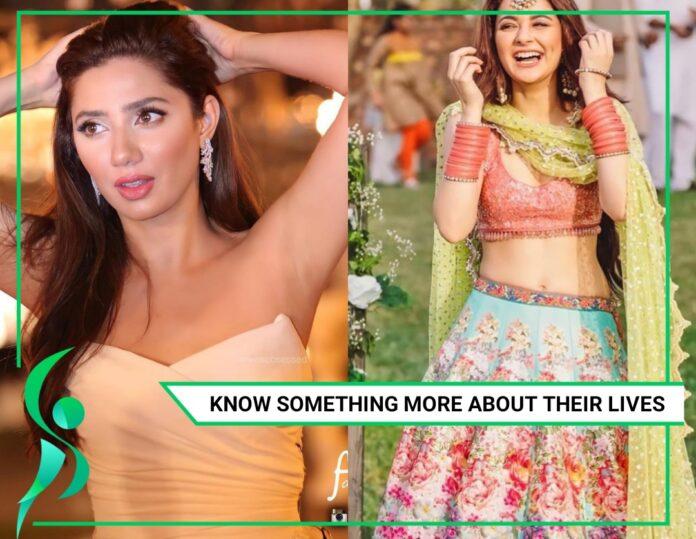 There is a lot of competition in the showbiz industry, and Pakistani actresses have to always work hard to remain at top of the list. They are all the time engaged in some activities to engage their viewers with them. Their fans want to know about how they started their journey, their ups, and downs, what’s happening recently in their lives, and so much more.

So let’s discuss some details that you will find interested about the top Pakistani actresses.

Saba Qamar is one of the top Pakistani actresses, and she doesn’t need any introduction. She has millions of fans, and people love her acting and her amazing personality.

Was it an easy journey for Saba Qamar?

Do you know how her journey started? It wasn’t an easy journey for her. She was the daughter born in the Syed family. So when she decided to make her way into the showbiz industry, everyone went against her and she had to face a lot of difficulties. But she took all these difficulties as a challenge and started her work in this industry in 2004. Her family didn’t support her in the start, all the relatives went against her, and she had to face the opposition of even her friends. But nothing could stop her. She took a decision and remained firm on it.

A confident girl with a broken heart

She is a confident Pakistani actress who has a unique personality and an amazing style. Many Pakistani actresses don’t feel comfortable sharing their love life with their fans and viewers. But Saba Qamar shares it easily in her interviews. Saba Qamar’s nature is quite romantic and she has fallen in love with the wrong people many times who broke her heart.

She says that people have so many times broken her heart that she does not believe in love anymore.

2)Mahira Khan and her trending stories

Mahira Khan is known for her great acting skills and her all the time trending behavior on social media. She has a child named Azlaan. Her marriage ended in 2015. People are all the time curious to know more about her due to the controversies that kept roaming on social media.

Recently Mahira Khan was seen in Filmfare East Awards where she was looking stunning in the shimmery gown. She was looking gorgeous. As Humayun Saeed couldn’t attend the awards, so Mahira Khan accepted his award on his behalf. She also gave a speech after receiving the award for her exceptional performance about “Aik Hai Nigar”

The celebrity crush of Mahira Khan is Shahrukh Khan. She has told in her interviews that Shahrukh Khan is very special to him and she has a crush on him. Shahrukh Khan was her crush since her childhood. She has rejected many Bollywood offers, but she told that she couldn’t say no when she was offered Raees movie with Shahrukh Khan.

Yes, we are talking about Hania Amir, one of the top Pakistani actresses. She had no intention of joining showbiz. She was a girl just like others who used to make tik tok and dubsmash videos and upload them. Suddenly, she got an offer for the film Janaan, and from there she started her new journey.

We can say that it was good luck for Hania Amir, as it often takes years for the celebrities to make their position. But that cute girl made her name by tik tok and her efforts.

Hania Amir worked in the movie Na Maloom Afraad 2 which she did not find much powerful. She regretted working in this movie, but many people came to know her after this movie, and this movie gave her so much hype.

Transformation of a tomboy to the top Pakistani actress

She used to be a tomboy when she was quite younger. But when she came in front of the camera and started posing, she realized that she can be a great star. She had the potential inside her from the very beginning. Reema Khan was her ideal from the start, and she worked so hard to achieve this position today.

Ayeza Khan’s name is among the top Pakistani actresses. She is a Pakistani actress who is known because of her great performance. But she is not just a great actress, but also a great mother. She takes care of her children perfectly and has never hired any nanny or babysitter for them. She wakes up daily early in the morning and does everything for her kids from making breakfast to getting them ready. She is a perfect example of a great actress who is managing everything perfectly.

The showbiz industry requires a lot of hard work, patience, and time. It often takes years for someone to make her name in this field. Mehwish Hayat has great popularity in the Pakistani showbiz industry and she is ranked among the top Pakistani actresses. She started her career when she was just 8 years old. She worked hard all over her life to achieve this position where she is today among all Pakistani actresses. She is a bold actress and she is known for her stunning performance.

Mehwish Hayat is one of the leading Pakistani actresses who has won many awards. One of her main award is Tamgha-e-Imtiaz. She won this award in 2019, and the president Dr. Arif Alvi presented her Tamgha-e-Imtiaz.

Social media is a platform where people are all the time criticizing Pakistani actresses. The same thing happened when Mehwish Hayat won that award. The people started bashing and criticizing her. Mehwish Hayat didn’t take that hatred personally and kept moving forward.

6)Sajal Aly, who started her career just to financially support her family

Everyone knows Sajal Aly today because of her amazing performance and her extraordinary acting skills. But do you know that she was the girl who has no interest in the field of acting? She gave an audition acting just for the purpose that she needed money to support her family. After her father’s death. her mother was not able to meet the expenses. So, she gave her a try in showbiz. And today, we all see her on the top of Pakistani actresses.

Alizeh Shah is also a well-known name in the drama industry of Pakistan, and people love her due to her acting skills.

Who was the youngest and the cutest Pakistani actress?

The name Alizeh Shah pops up in our minds as we hear the words youngest and cutest together. She was the youngest Pakistani actress who showed her acting skills when she was just a 6 years old kid in a TV commercial. Her parents remained supportive since always. So it was never trouble for her.

The talent of acting and singing together

Apart from great acting skills, Alizeh Shah has also a great voice and she loves singing. She has learned music and singing skills from her brother. She can become a professional singer someday due to her singing skills and interest. She told in an interview that Selena Gomez is her favorite singer.

Hira Mani is an outstanding married Pakistani actress. She started work from hosting, and then made her name in the field of acting. She is a confident Pakistani actress, and she revealed her starting relationship with Mani in the show of Samina Peerzada.

Having children isn’t a trouble to get into showbiz

We have often heard that it is very difficult for mothers to get into showbiz, and they cannot perform properly. But Hira Mani has proved that this myth is wrong. Hira Mani is a mother of 2 children and a great Pakistani actress who has millions of fans. She signed her first Pakistani drama after 2 kids. She managed her showbiz field and her household altogether in an extraordinary way. Her husband Mani has always supported her a lot. She has mentioned Mani in her interviews a lot of times. She is one of those Pakistani actresses who love her work and family both and extraordinarily manages both of these.