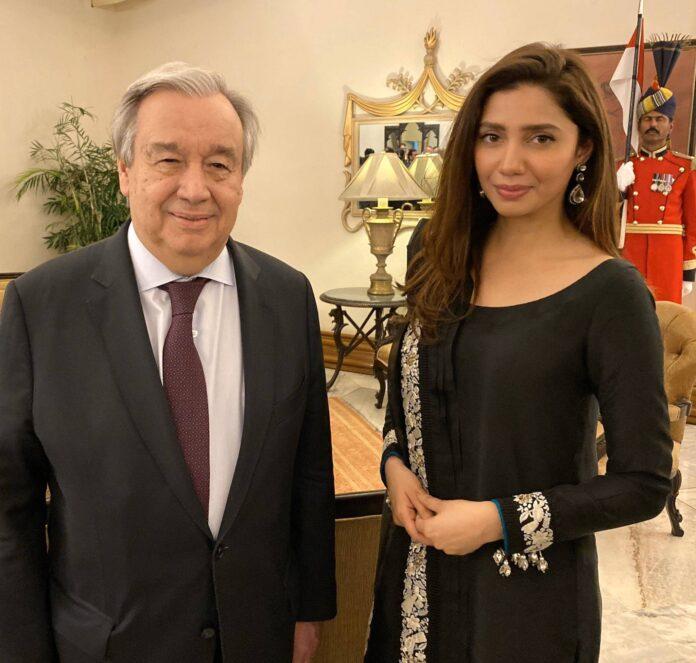 Honorable UN secretary-general Antonio Guterres paid his first three-day official visit to Pakistan starting from 16th February. He mainly came to highlight the 40 year-long efforts of Pakistan to help Afghan refugees who were a victim of the Afghan war. He took part in many national events and also met the UNHCR Goodwill ambassador Mahira Khan.

This meeting was done on the dinner arranged by the President of Pakistan, Dr. Arif Alvi, to honor the respected guest.

The gorgeous Mahira khan is a leading actress of Pakistan who was recently appointed as the UNHCR goodwill ambassador of Pakistan for her help, support, and love to the Afghan Refugees.

“I feel proud that my country has shown such generosity towards three generations of Afghan refugees.”

This visit of UNSG is a symbol of peace, security, and love of Pakistan and its nation. UNSG visited many places in Pakistan and enjoyed the rich cultural diversity of the country.