Home Extraaa Masala Why Pakistani Celebrities Are Jealous From Ertugrul? 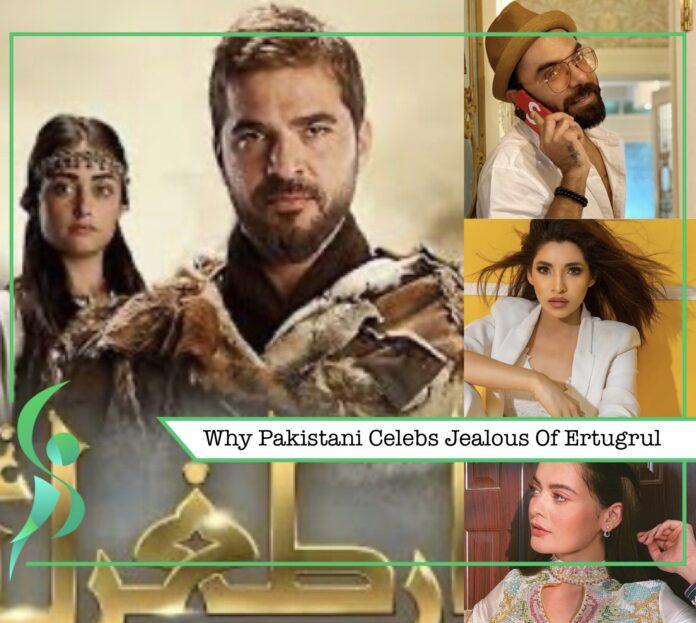 The ever so controversial drama Ertugrul Ghazi has been aired in Pakistan for some time but it seems like the Ertugrul fever is not coming to end anytime soon. Talking about the drama there’s been an immense love and positive response shown by the audience to this show and not just to them but the cast as well. Pakistani viewers are legit obsessed with this drama and are adoring Ertgrul Ghazi’s cast like no other. But with love, there shall always comes a different opinions. And this time the one with different opinions team includes are Pakistani celebrities.

In a recent interview Minal Khan stated that Turkish dramas shouldn’t be released in Pakistan as our audience just goes towards them as a result it brings downfall in our industry. She also gave the example of times when Ishq-e-Mamnoon aired on Urdu TV and how everyone was just binge-watching it. So, this can also be the reason of the evident jealousy for our Pakistani Celebs.

Do you guys think that the points raised by Pakistani celebrities are right? Yes or No whatever your point of view is please share it in the comments section.