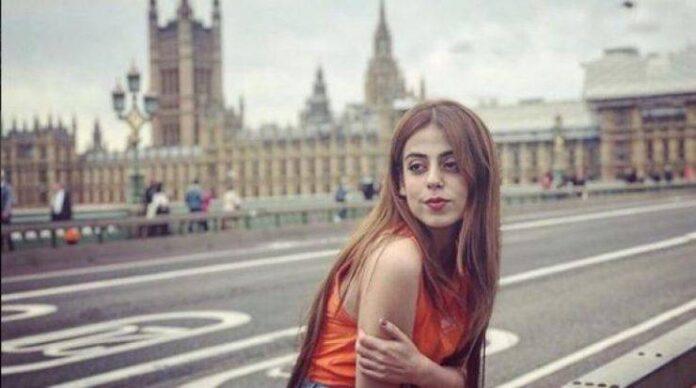 Yashma Gill appeared on an episode of ‘Rewind With Samina Peerzada’ where she opened up about her journey to becoming a Muslim from an atheist. Gill is a Pakistani actress recently graced the screens with her latest offering in ‘Alif ‘.

The qurban actor opened up about her depression and spoke about how it changed her perspective on life especially on religion. In the interview she quoted, “A time came where I lost faith because I thought, if God was real, I would not have to go through such difficult times.” She further stated that if anyone would try to talk to her out of it, she would only raise continuous questions in return because she failed to understand and it would all go over her head.

“When your iman  (faith) is weak, a veil falls cover your mind and, even if someone is answering your questions, you do not understand anything,” she added.

She then mentions of the turning point in her life where a friend, Wardha she met at college in Australia challenged her to praying 5 times a day and fasting religiously in the coming month of Ramazan, claiming that her iman would indefinitely return. In an effort to prove her friend wrong, Yashma took on the challenge and found herself completely changed only after a month of devoting herself wholeheartedly to God.

Yashma shared that in the month of Ramadan she got a job, her problems with family solved and she got mental peace as well. As soon as the Ramadan ended, she again felt the same anxiety and negative thoughts. Then she realized all the good things which were happening with her were because of her connection with Almighty Allah.

“My life had become very happy and positive. But I hadn’t realized that at that time. I just kept on wondering what is missing. And then I realized that maybe all this time, the peace, the dependency, the happiness that I was in search of in other places, was actually over here,” she said.

Yashma Gill’s incredible journey has inspired and given perspective to millions on life, religion and depression. We appreciate and thank sharing her inspiring story and becoming a role model for many others struggling today with similar issues.

You can watch her interview below: