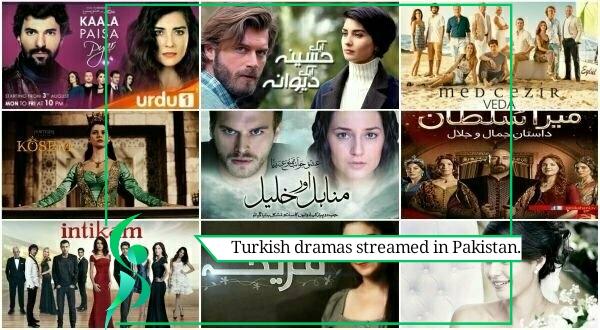 Over the years Turkish dramas have been streamed in Pakistan exhibiting handsome and glamourous leads, enchanting plots to charming culture beautiful dresses to eye-catching sets. The Turkish series have kept the audiences hooked on-screen which Pakistani dramas failed to do so in recent years.
Undoubtedly, Turkish dramas have created magic in the heart of viewers ultimately ending the typical “Tulsi-Parvati” Indian plays. Turkish dramas are streamed in Pakistan from the year 2012 and most of them have left a remarkable place.

Here is a list of our favorite Turkish dramas streamed over the years in Pakistan:

The Turkish dramas series starred Burak Deniz and Hazal Kaya in lead roles, an adaption of UK series Shameless. The plot revolves around a young girl who is supposed to take care of her five siblings after their mother left and the father is an alcoholic. The girl fell in love with a boy but face challenges due to the mysterious past of the hero.

The remake of the Korean series was first aired in 2015 on TV screens, based on jealousy, pride, and love game which go hand in hand with misunderstandings.

The Turkish drama consist of two series and the plot revolves around a young slave girl who becomes the most powerful woman in Ottoman empire after captured and sent to a harem of Sultan Ahmed.

The series was first broadcasted in 2013, is based on an American show The O.C. It is a teen drama. The story revolves around a poor boy and a rich girl who fell in love but face challenges by an ex-boyfriend of the girl. The show was all set to stream the third season but due to poor ratings, it was ended in the second season.

The Turkish series known as Brave and Beautiful was first aired in 2016. The series is a love story, where a boy falls in love with the daughter of his father killer ( which he used to believe). The drama stares Kivanç Tatlituğ and Tuba Büyüküstün in lead roles.

6: Fatima Gul :
The series was based on a film released in the year 1986, which portrays the story of a young girl who is treated badly by her brother and his family. The girl wants to marry her childhood love who is a fisherman. Later the girl is gang-raped by four boys who are convicted in court after twist and turn.

The Turkish drama series starred  Hazal Kaya, Cagatay Ulusoy, and Vahide Percin in lead roles. The story was about a doorkeeper girl who attends a university. There she met a playboy who fells in love with her. The show was quite famous but ended abruptly as soon as the TRPs were dropped.

The popular series was first broadcasted in the year 2008, consist of two seasons. The leading characters Behlul and Bihter were critically appraised for their performances widely. It was an adaptation of a novel. It was the first-ever drama streamed in Pakistan.

The Turkish serial depicts a powerful story where a police officer crossed a path of jewelry designer to solve a murder mystery where his fiance and her father are killed.

The recent drama airing on PTV is the Turkish version of Games of Thrones named Ertugrul. It was aired on the request of our Prime Minister and gained popularity in a few days. The plot revolves around the history of the Ottoman Empire, based on the 13th Turk leader Oghuz.