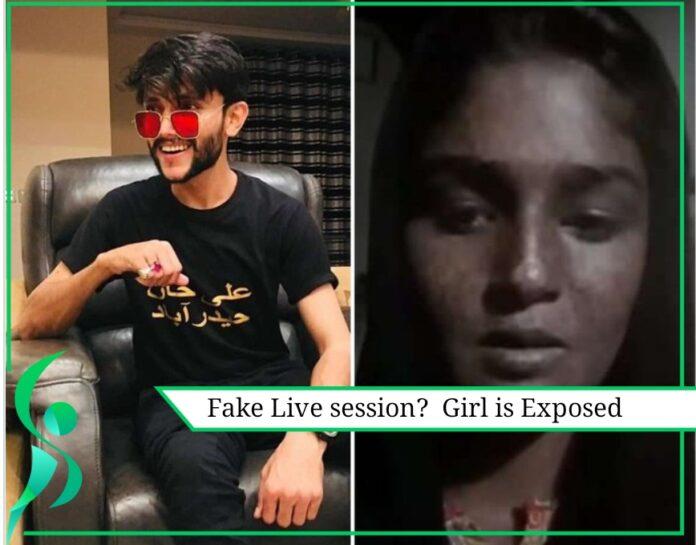 Ali Khan Hyderabadi faced controversy over his reaction to a dark complexion girl during a live stream on his Instagram handle. He apparently called the girl ugly only because of her complexion; soon after the live stream ended, the video went viral on all social media platforms.

It should be noted that Ali Khan Hyderabadi is a gully boy who got fame through TikTok and is the second most followed Pakistani TikToker. Many fans and foes of Ali Hyderabadi bashed him over his sick mentality with the hashtags like #UnfollowAliHyderabadi. The controversy spread like wildfire, while many social media influencers from Facebook to YouTube also came forward against the act of the Tiktoker and the sick mentality prevalent in society.

Wait a minute… Isn’t it a cheap publicity stunt? Well, we all know that TikTok was recently banned because of its unethical content in Pakistan, and the TikTokers were like jobless after that. Isn’t it possible that Ali Khan Hyderabadi wanted cheap publicity to get the audience on platforms other than social media? It’s a logical question to ask. That’s why team Showbizpakistan.pk dug a little deeper into the matter to know what was happening behind the camera. Apart from it, you should admit that what Ali Khan Hyderabadi intentionally or unintentionally did got him into the limelight for days, trending on almost every social media platform.

These facts clarify that the controversy of Ali Khan Hyderabadi was actually planted by himself as a cheap publicity stunt. The video circulating on social media platforms was created to add a realistic touch to the publicity stunt. Tiktok is banned, and TikTokers have gone mad!!

Stay in touch with ShowbizPakistan.pk to get the latest trending news.