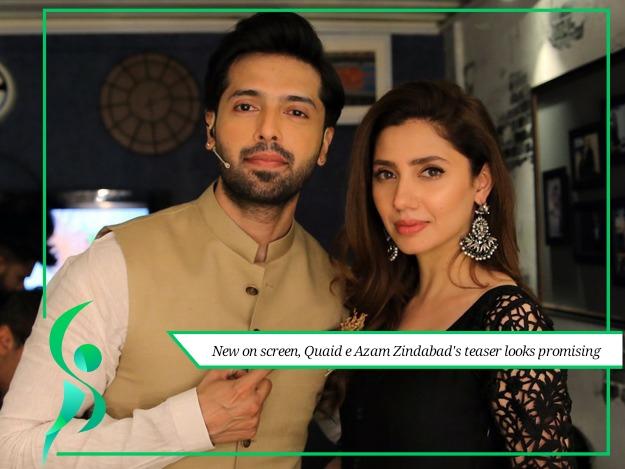 It has been a while since the cinema halls shut down due to COVID 19 and we haven’t seen any new lollywood movies being released since. But the new on screen, “Quaid e Azam Zindabad” just had its first teaser released and we kinda love the action that was seen in it.

New on screen, what Quaid e Azam Zindabad is bringing to the market!

The new movie Quaid e Azam Zindabad starring the beautiful Mahira Khan and the dashing Fahad Mustafa is filled with action and thrill, the trailer showed Mustafa dresses as a police officer fighting people. One thing that caught our eye is the wads of cash flying around in the teaser which suggests that the movie might be based around corruption and unfair use of money. But this is just a theory we have. Let’s see what the actual project contains and then we can decide if the movie was up our alley or not 😀

Fahad and Mahira have never worked together before and this will be the first time they will be seen together on screen! We are pretty excited for this as Mahira stated before that, “I have never worked with Fahad Mustafa”.”I really wanted to work with him but there just wasn’t any time. I can’t even begin to tell you the amount of projects the two of us have been offered together but the timing has never been right.”

Watch the marvelous teaser for yourselves and let us know what you guys think about it in the comments!