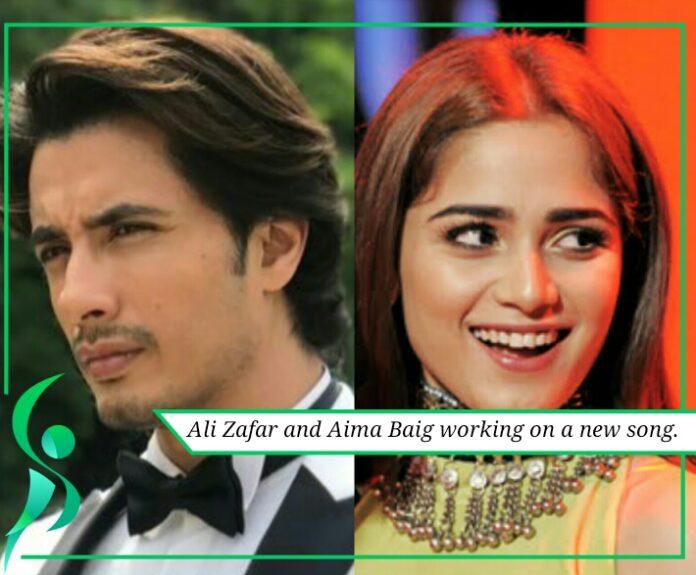 Ali Zafar and Aima Baig are among of the brightest stars of the entertainment industry.

Ali Zafar has an enormous fan following in the region due to his acting and musical skills and has produced memorable hits including “Channo”, “Chal Dil Meray” and many more.

Ali Zafar was seen lending his melodious voice with Aima Baig in the film “Teefa in Trouble” which was a massive hit and received a tremendous fan following.

The duo of Aima Baig and Ali Zafar was also cherished by the fans.

Ali Zafar and Aima Baig are set to collaborate again as they were spotted in Murree shooting a music video.

Well, we are excited to see this rendition.