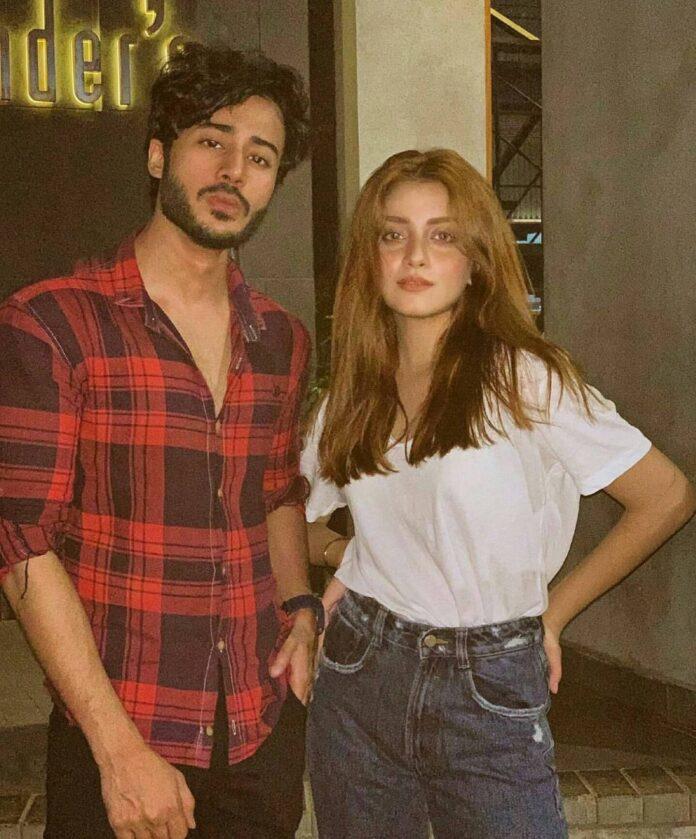 The real-life couple whose PDA is recently seeking a lot of attention on Instagram, is now going to be seen together in a drama serial “Mera Dil Mera Dushman”. Alizeh Shah and Noaman Sami are the rising stars of Pakistan’s entertainment industry and have already gained a lot of fame in a short period of time.

Alizeh is currently playing her role as Dua in audiences’ favourite ‘Ehd-e-Wafa’. She also made her appearance as a 17-year-old girl named Chutki in 2019’s hit film ‘Superstar’. Moreover, last month she won the Best New Sensation award at the 7th Hum Awards. Noaman Sami’s debut feature film ‘Talash’ has just released, getting high praise and fan attention for him.

This is the first time these love birds will be sharing the screen. The drama is being directed by Syed Ali Raza Usama and produced by Sana Shahnawaz and Next Level Entertainment, owned by Samina Humayun Saeed. Other than this duo, the Dil Mom Ka Diya actor, Yasir Nawaz has also confirmed his appearance in the drama.

About the story, Sana revealed, “It’s essentially a love story but with lots of family drama.” The drama’s shooting just began and it will come out in the following year.